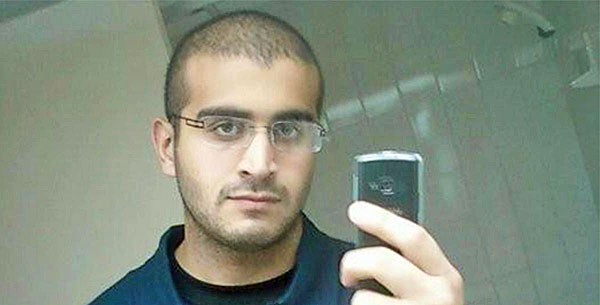 Omar Mateen, on June 12, 2016, attacked the Pulse nightclub in Orlando, Florida, killing 49 people and wounding 53 more, before he was shot and killed by police.

Now the Justice Department has filed a criminal complaint against a 23-year-old Tampa, Florida, man alleging he planned a similar attack.

The suspect, Muhammed Momtaz Al-Azhari, 23, had "researched and scouted potential targets in the Tampa area, including Honeymoon Island," the DOJ said Thursday.

"He also rehearsed portions of an attack and the statements that he would make during or in connection with such an attack."

He raised concern at least partly because he had expressed "admiration for Pulse nightclub shooter Omar Mateen and spoke of his desire to carry out a similar mass casualty shooting," the DOJ said.

The DOJ has charged Al-Azhari with attempt to provide material support or resources to a designated foreign terrorist organization, ISIS.

He could face 20 years in prison if convicted.

"We are grateful for the quick work of our partners at the FBI to apprehend Al-Azhari before he could carry out his attack," said Assistant Attorney General for National Security John C. Demers. "This case demonstrates the department’s commitment to stand vigilant against the threat of terrorism and violent extremism in all its forms."

U.S. Attorney Maria Chapa Lopez for the Middle District of Florida said the work of law enforcement interrupted "a serious threat, without harm to anyone."

"From Mr. Al-Azhari’s attempt to acquire firearms through unlawful channels to his desire to provide material support to a designated foreign terrorist organization, it was clear Mr. Al-Azhari’s intention was to carry out an act of violence,” said Assistant Director Jill Sanborn of the FBI’s Counterterrorism Division. “The FBI and the Joint Terrorism Task Forces across the country will continue to use all of their legal authorities to prevent a potential act of terrorism in the United States, and elsewhere."

The complaint says Al-Azhari has a criminal history that includes prior terrorism charges in Saudi Arabia. He attempted to purchase multiple firearms over the course of the investigation, before acquiring a Glock pistol and a silencer.

He was arrested when he took possession of weapons he allegedly intended to use in an attack.