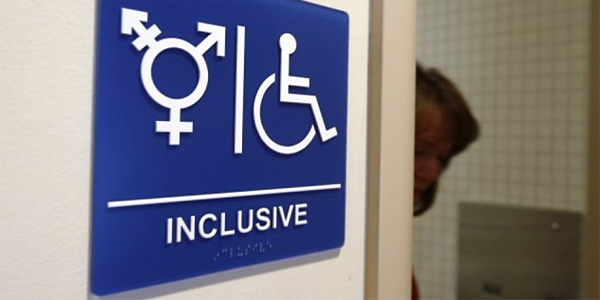 The Department of Education's Office for Civil Rights has issued a letter of "Impending Enforcement Action" against several public schools that have allowed boys who "identify" as girls to compete in girls' athletic events.

The letter investigated claims that the "Revised Transgender Participation Policy" enacted by several Connecticut schools "denied girls opportunities to compete, including in state and regional meets, and to receive public recognition critical to college recruiting and scholarship opportunities."

"The actions of the CIAC, Glastonbury, Bloomfield, Hartford, Cromwell, Canton, and Danbury [schools] resulted in the loss of athletic benefits and opportunities for female student-athletes," the letter concluded. "One complainant student-athlete explained to OCR that no matter how hard she trained, she felt that she could never be good enough to defeat Students A and B [boys who had been allowed to compete in girls' events]."

The female students "were denied the opportunities that Connecticut male student-athletes had of being able to compete, on a level playing field, for the benefits that flow from success in competitive athletics," the letter said.

The girls competing against boys lost "benefits and opportunities, including advancing to the finals in events, higher level competitions, awards, medals, recognition, and the possibility of greater visibility to colleges."

The letter comes in an ongoing fight over schools' decisions to allow boys who say they are girls to compete in girls events.

"Since 2017, males consistently deprived ADF clients Selina Soule, Alanna Smith, and Chelsea Mitchell and others of honors and opportunities to compete at elite levels," the organization said.

"Girls shouldn’t be reduced to spectators in their own sports," said ADF Legal Counsel Christiana Holcomb. "We’re encouraged that the Department of Education has officially clarified that allowing males to compete in the female category isn’t fair, destroys girls’ athletic opportunities, and clearly violates federal law. Males will always have inherent physical advantages over comparably talented and trained girls — that’s the reason we have girls’ sports in the first place. In light of the department’s letter, we’re asking Connecticut schools and the CIAC to update their problematic policies and comply with federal law."

The letter gives the state athletic association and the six schools identified as offenders until June 4 to align their policies with the requirements of the federal Title IX law.

"The Department of Justice has already filed a brief supporting the position of ADF’s clients in the separate litigation challenging the same policy," ADF said.

"I am extremely happy and relieved to learn that OCR found the CIAC and the school districts violated Title IX," said Chelsea Mitchell, one of the athletes represented by ADF. "It feels like we are finally headed in the right direction, and that we will be able to get justice for the countless girls along with myself that have faced discrimination for years. It is liberating to know that my voice, my story, my loss, has been heard; that those championships I lost mean something. Finally, the government has recognized that women deserve the right to compete for victory, and nothing less."

The DOE investigation was requested a year ago, and ADF sued last winter.

That legal case argues CIAC’s policy and others like it pose a concrete threat to Title IX gains because "inescapable biological facts of the human species [are] not stereotypes, ‘social constructs,’ or relics of past discrimination.'"

And they took more than 85 opportunities to participate in higher level competitions from female track athletes in the 2017, 2018 and 2019 seasons alone, ADF said.

Connecticut is not the only state dealing with the controversy. In Idaho, lawmakers passed a law barring males from competing in events for females.