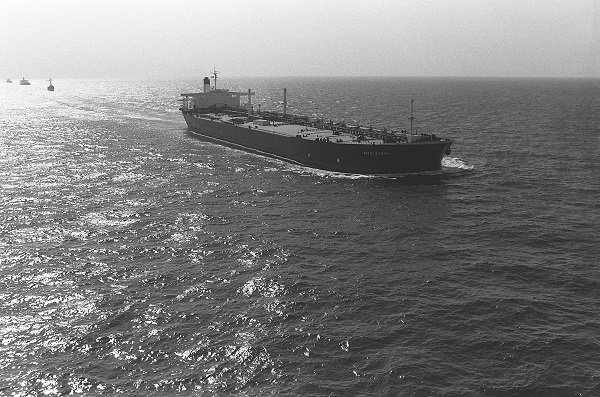 Two Iranian nationals have been charged with violating U.S. export laws and sanctions against Iran by buying a petroleum tanker with the intent of delivering it to Iran.

It could cost them the $12 million they laundered through the U.S. monetary system, according to the Department of Justice.

A two-count criminal complaint accuses Amir Dianat, 55, and Kamran Laimiri, 42, of violating U.S. laws and sanctions against Iran by purchasing the petroleum tanker Nautic a few months ago.

They were charged in federal court in Washington with conspiracy to provide U.S. financial services to Iranian entities. They allegedly concealed from the seller, various financial institutions that process such payments for purchases and the U.S. government "that the sale of this vessel was destined for Iran."

They allegedly were in violation of various regulations and licensing requirements of the International Emergency Economic Powers Act and the Iranian Transactions and Sanctions Regulations.

Along with the criminal complaint, a civil forfeiture complaint seeks to confiscate $12,338,941.91.

"These funds were allegedly involved in this scheme to launder funds into the United States to illicitly procure the Nautic. The civil forfeiture complaint alleges that this scheme involved the National Iranian Oil Company, the National Iranian Tanker Company (NITC), and the IRGC-Qods Force (IRGC-QF), all specially designated nationals. The IRGC has also been designated a Foreign Terrorist Organization," explained the DOJ.

It noted the forfeiture action is the largest ever seizure of IRGC-QF related funds.

"These defendants purchased a crude oil tanker valued at over $10 million by illegally using the U.S. financial system, defiantly violating U.S. sanctions," said Assistant Attorney General for National Security John C. Demers. "This is yet another example of Iran brazenly using front companies and false documentation in an attempt to hide the illegal transactions that the Iranian regime desperately needs to fund its malign activities."

The government contends that during 2019, Dianat and Lajmiri conspired to purchase the Nautic via a complex web of front companies, including Taif Mining, which they own.

"After sending the final wire payment to the seller, Taif Mining took possession of the Nautic. It quickly changed its name and began making trips to Iran to load Iranian petroleum. Because a U.S. bank froze the funds related to the sale of the vessel, the seller never received payment. As a result, the seller instituted a civil action in the U.A.E. to recover the vessel," the government reported.

If convicted, the two face up to 20 years in prison.

"Employing civil forfeiture authorities specifically available to the U.S. Attorney’s Office in the District of Columbia, we will continue to aggressively prosecute those who abuse our financial system to support sanctioned entities,” said U.S. Attorney Timothy J. Shea for the District of Columbia. “We will use every measure available under the law, to include civil forfeiture to recover funds for the victims of terrorism. These laws exist and serve to prevent hostile countries from illicitly generating revenue, such as through the sale of oil, to fund their weapons proliferation programs."