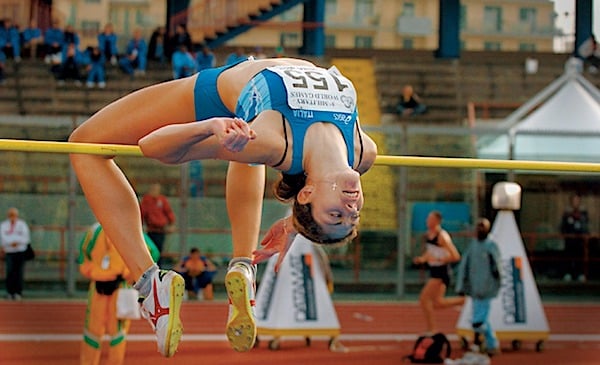 Two female track athletes in Idaho are in federal court to protect a new law that bans men from competing with them.

Represented by the Alliance Defending Freedom, the Idaho State University students are opposing a lawsuit by the American Civil Liberties Union seeking to overturn the Fairness in Women's Sports Act.

The motion to intervene the case, Hecox v. Little, has been filed in federal court in Idaho.

"While it’s true that athletics is about more than winning, giving girls and women extra lessons in losing isn't right. We're grateful Gov. Little signed the Fairness in Women's Sports Act into law because it seeks to protect girls and women across Idaho. Our clients have already experienced the deflating experience of losing to a male runner, and this should not be allowed to continue," Holcomb said.

"Both of our clients agree: Putting male athletes up against females is simply not fair because it changes the nature and dynamics of sport for young women. As long-time athletes, these young women deserve a voice in this lawsuit and the opportunity to protect the future of girls’ and women’s sports in Idaho," Holcomb said.

The athletes' motion states: "The inequity of male athletic participation in their competitions touches the female participants, and their own perspective and argument is a necessary feature when the issues in contest land so personally with them. ... As intervenors, [the female athletes] would provide this court with a perspective otherwise out of view, thereby aiding in the disposition of the case."

Madison Kenyon, one of the athletes proposing to intervene in the case, said, "I believe that allowing males to enter women’s sports defeats an entire aspect of sports: It eliminates the connection between an athlete’s effort and her success."

"I want to preserve the camaraderie and sisterhood that comes from competing with and against females only," Mary Kate Marshall, the other Idaho collegiate runner and proposed intervenor, added. "I want other young women to benefit from sports as I did."

The ACLU filed suit after lawmakers adopted the law requiring participants in girls' sports to be girls.

They ruled out boys who "identify" as girls.

When @GovernorLittle signed a law to ban trans athletes, he sent a message that trans people do not deserve the benefits of sports available to their peers. He is wrong and today along with @CooleyLLP and @Legal_Voice, we will sue. @ACLU @IdahoStatesman. https://t.co/fRtPid7um4

The organization said on Twitter: "When @GovernorLittle signed a law to ban trans athletes, he sent a message that trans people do not deserve the benefits of sports available to their peers. He is wrong and today along with @CooleyLLP and @Legal_Voice, we will sue."

One Twitter user corrected the ACLU: "No, he sent the message that gender identity is not a sports category; sex is. As such, the protected female sports category is only open to athletes who are biologically female and adhere to the doping rules. It holds trans and non-trans athletes alike to this same standard."

The Washington Free Beacon reported the ACLU sued on behalf of a transgender Boise State University track runner named Lindsay Hecox and a Boise High School student who is not transgender but said she is worried the government could invade her privacy to verify her sex.