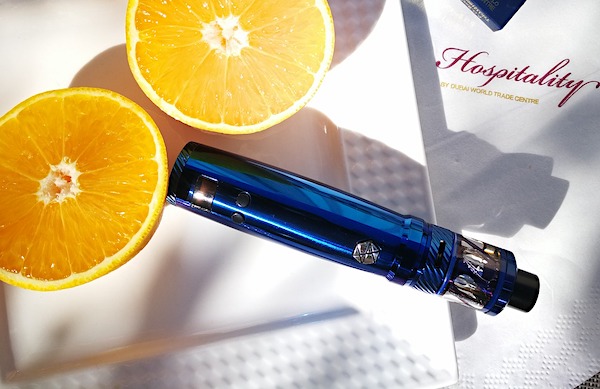 Anti-vaping advocates have claimed that nicotine addiction among teens has been driven by the seductive flavorings offered by e-cigarette companies. Public campaigns were launched nationwide agitating for flavor bans and after the U.S. was hit with an onslaught of high profile e-cigarette or vaping product use-associated lung injury (EVALI) and deaths, the states along with federal government pounced on the opportunity to regulate the nascent industry.

The panic began when former head of the Food and Drug Administration (FDA) Dr. Scott Gottlieb proclaimed teenage use of e-cigarettes to be an “epidemic.” Anti-vape advocates were empowered and well-funded to lobby states and the federal government with their claims about the dangerously delicious flavored nicotine pods addicting middle and high school students around the country.

“Studies” were conducted: "Regulations that reduce youth exposure to flavored e-cigarettes may aid in preventing young people who try e-cigarettes from becoming long-term e-cig users, and also from inhaling more of aerosol into their lungs," Adam Leventhal, director of the USC Institute for Addiction Science and professor at the Keck School of Medicine of USC said. "Regulations like these could also encourage the millions of U.S. adolescents who already use e-cigarettes to quit vaping, especially if they can no longer access e-cigs in the flavors they like."

Now that the federal government has banned flavored pod-based e-cigarette products, how has the ban effected the sales of popular e-cig manufacturers like Juul? Have millions of adolescents quit vaping because they no longer can access e-cigs in the flavors they like?

A new study in the American Journal of Public Health reveals that after Juul stopped selling flavored pods for their vaping devices, the company saw a decline in sales but “recovered within weeks and surpassed their previous maximum in those same channels, as consumption shifted to the menthol/mint and tobacco flavors that remained on shelves.”

In November 2018, Juul announced it would stop accepting retail orders for its highly popular flavored nicotine pods, so sales of the popular Juul flavors were already tapering out.

"We launched flavors like Mango, Fruit, Creme, and Cucumber as effective tools to help adult smokers switch from combustible cigarettes, and we do not sell flavors like Gummy Bear or Cotton Candy, which are clearly targeted to kids," Juul Labs CEO Kevin Burns said in a press statement at the time. "However, we are sensitive to the concerns articulated by [FDA Commissioner Scott Gottlieb, MD] that 'flavors play an important role in driving the youth appeal,' and understand that products that appeal to adults also may appeal to youth."

Juul has been repeatedly singled out as the most popular pod system among teens so we should expect to see Juul’s sales revenue decrease once the teens using their product no longer had access to flavors. But do “flavors drive youth appeal?” The American Journal of Public Health study suggest they do not: Juul has not seen a drop in sales. Instead it looks like Juul’s flavor users have just switched over to their “acceptable” and legal products.

According to Forbes, after Juul made the voluntary decision to stop selling some of its sweeter-flavors of e-cigarettes from stores in the U.S. in November 2018, there was a decline in sales of these products by approximately 2/3, but sales of menthol/mint flavored products doubled, with the tobacco-flavored product also experiencing a significant spike in popularity.

How to explain the stability of Juul sales if the hypothesis that teens began vaping because of the attractively favored pods was correct? If flavors were the hook for teenagers, Juul sales would see a drop following the ban as the teens were no longer able to access their flavors.

“Companies’ attempts to self-impose their own restrictions are unlikely to improve public health,” said Alex Liber, MSPH, senior scientist, with the Economic & Health Policy Research program at the American Cancer Society and lead author of the study. “Juul’s withdrawal of fruit-flavored products was quickly offset by a combination of increased fruit-flavored sales by Juul’s competitors and increased sales of other flavors — notably, mint/menthol — by Juul,” Liber added.

But this is not true because it was not only Juul’s flavored pods that were pulled off the market, it was all flavored pods. A dedicated and addicted flavor pod vaper could not simply move to Juul’s competitors because the competitors were under the same restrictions. The only other way to explain Juul’s stable sales in the face of the flavor ban is to claim that legal adult use has increased such that it replaces the revenue of lost teen consumers, but that seems unlikely.

Based on this new study it would seem the ban on flavored pod-based e-cig systems has not curtailed e-cig use among teens or adults for that matter. The big dollar campaigns against flavored e-cigs, however, has complicated the situation for adults looking for a means of harm reduction and want a flavored vape to kick their deadly combustible tobacco habit.

Elizabeth Sheld is the senior news editor at American Greatness and author of the “Morning Greatness” news update. She is a veteran political strategist and pollster who has worked on campaigns and public interest affairs. Liz has written at Breitbart and The Federalist, as well as at PJ Media, where she wrote "The Morning Briefing." In her spare time, she shoots sporting clays and watches documentaries. Elizabeth quit smoking with Cuttwood Vapor’s Unicorn Milk.