Former Trump national security adviser Michael Flynn's lawyer has filed an appeal with the D.C. Circuit Court of Appeals asking for the removal of Judge Emmet Sullivan from the case.

Flynn lawyer Sidney Powell, citing the Fokker Services case, contends trial courts are not allowed to second-guess the government's "conclusion that additional prosecution or punishment would not serve the public interest."

She pointed out that the FBI interview that triggered the charges against Flynn was not supported by law. The agency already had a transcript of the telephone call at the center of the case with a Russian ambassador.

Fox News reported Powell's request was an emergency writ of mandamus, an extraordinary remedy deemed appropriate when there has been a "usurpation of judicial power" that is "clear and indisputable."

Harvard Law emeritus professor Alan Dershowitz previously charged that Sullivan should be impeached, arguing judges have jurisdiction only for cases and controversies

"There's no controversy here. Both sides agree this case should be dismissed," he said. "This judge has no power to do anything else. And if he asserts that power, he has violated the Constitution."

Sullivan has asked for friend-of-the-court briefs in the case while appointing lawyer John Gleeson, who has openly criticized the Trump administration, to argue against the DOJ's motion to dismiss.

Gleeson has asked for court hearings on the issue.

Flynn has pleaded guilty to lying to an FBI investigator. But he contends FBI agents threated that if he didn't plead guilty, they investigate his son.

Gleeson's opposition to Trump, Fox reported, raised "concerns that he was selected to improperly bolster Sullivan's efforts to keep the Flynn case alive even though both the government and defendant want it dismissed."

Powell's filing stated: "Neither the Federal Rules of Criminal Procedure nor the district court’s local rules authorize amicus participation in criminal cases. Prior to issuance of its extraordinary May 12, 2020, order, the district judge adhered scrupulously to the district court’s rules, denying some two dozen attempts by third parties to intervene or file amicus briefs in this very case.

"Additional facts have established he was not interviewed for a legitimate purpose, and therefore any statements he made were not 'material' under 18 U.S.C. §1001, the Government justly believes that he is not guilty of any crime," Powell wrote. 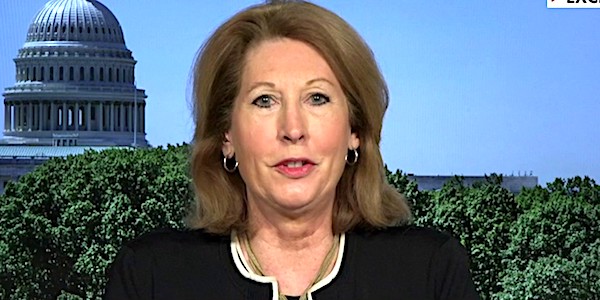 Agents, when they planned to interview Flynn, discussed trying "to get him to lie, so we can prosecute him or get him fired."

Flynn's lawyer also pointed out that Sullivan already has made derogatory comments about Flynn, including that he incorrectly accused Flynn of working as an agent of a foreign government" while he was national security adviser.

Dershowitz pointed out that according to precedent, there is no case in which prosecutors drop charges, meaning Sullivan is clearly exceeding his authority.

"But what Judge Sullivan is doing is no joke. He is endangering our system of separation of powers and he should be stopped by a writ of mandamus or a motion to recuse. Judges, too, are not above the law or the Constitution."