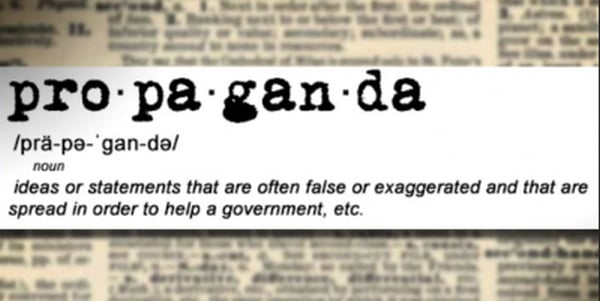 America is losing the information war overseas, in part because tax-funded broadcasters are failing to promote the message of freedom, contends a top retired general.

"They're supposed to be presenting the U.S. side, not the side of ... a murderous regime," said retired Brig. Gen. Robert Spalding III, who helped craft President Trump's national security strategy, Just the News reported.

Investigative reporter John Solomon said Spalding is concerned America "is losing the global battle for hearts and minds to authoritarian regimes because its government-run broadcasters like Voice of America have stopped 'promoting American principles abroad.'"

In an interview with JTN, Spalding said government-run news organizations have tried to imitate the nation's commercial press instead of doing their job.

"What the Chinese Communist Party has become so adept at is adopting the technologies and business models of Silicon Valley, to promote their authoritarian-based, totalitarian system. And so they're deploying that, you know, in places like Iran and Russia, they're sharing that technology and that know-how, and so it is very difficult," Spalding told JTN.

"One of the things that prevents us from actually breaking through that is that we essentially in 1999, got rid of the U.S. Information Agency, which is really an organization designed to promote public diplomacy, you know, American principles and American values. And so Radio Free Asia. Radio-Free Europe, Voice of America have all been infiltrated and slowly been, you know, not promoting American principles abroad."

When he was in the White House, during riots in Iran, the Voice of America and Radio Free Asia were "essentially retweeting the Tehran regime's talking points."

The general argued the job of the tax-funded organizations is not to give "equal weight" to both sides.

"They're not CNN, they're essentially an arm of U.S. public diplomacy, and they're supposed to be presenting the U.S. side, not the side of essentially a murderous regime," he said.