U.S. Rep. Devin Nunes, R-Calif., a key player in the investigations of the origins of the Trump-Russia probe, says criminal referrals are coming against members of Robert Mueller's special counsel team.

"We've also expanded our investigation into the Mueller team and everything that happened with Mueller and the people at DOJ and FBI that were above Mueller. And so, we will be making criminal referrals in the coming weeks against the Mueller team," he said Sunday night in an interview with Gregg Jarrett on a special Fox News program, "Witch Hunt: The Flynn Vindication."

"We're just now putting that together and, of course, as always, waiting on more documents that we really need to come out," he said.

Nunes said more people are coming forward with information "about what Trump allies view to have been a plot to undermine the president." 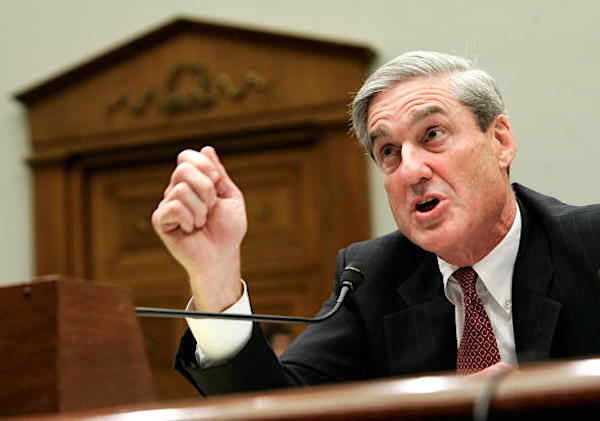 WASHINGTON - FBI Director Robert Mueller testifies during a hearing before the House Judiciary Committee July 26, 2007 on Capitol Hill in Washington, DC. The hearing was held to examine whether the FBI have misused their power. (Photo by Alex Wong/Getty Images)

Nunes said Mueller knew from the day he became special counsel in May 2017 that there was no coordination between the Trump campaign and the Kremlin.

The congressman sent eight criminal referrals to the Department of Justice last year. Now, U.S. Attorney John Durham in conducting a criminal investigation of the origins of the Trump-Russia probe.

Nunes credited acting Director of National Intelligence Richard Grenell for declassifying documents that have been crucial to the review.

When the Republicans held the majority, Nunes led the House Intelligence Committee's own Russian interference investigation, which determined in early 2018 there was no collusion. Democrats, led by current chairman Rep. Adam Schiff, D-Calif., have insisted otherwise. Schiff has maintained that stance even after recently released witness transcripts showed Obama administration officials testifying under oath they had not seen direct evidence of collusion.