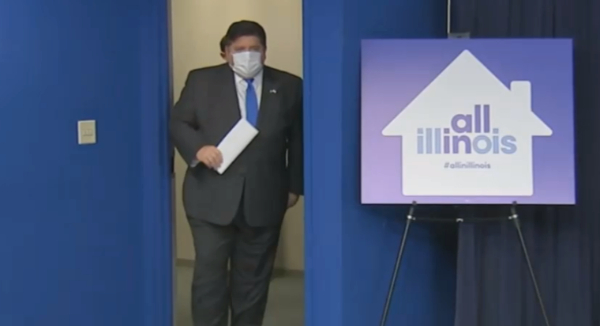 Pritzker announced Thursday afternoon that the Illinois Department of Public Health "has provided guidance, not mandatory restrictions, for all faith leaders to use in their efforts to ensure the health and safety of their congregants."

Three of the churches were represented by the Thomas More Society, whose vice president and senior counsel condemned Illinois for having "the harshest shutdown order in the country, with little regard for the rights of people of faith and ignoring the current best science."

The attorney, Peter Breen, called it a "total and complete victory for people of faith."

"Illinois' governor and his administration abused the COVID-19 pandemic to stomp on the religious liberty of the people of Illinois," he said. "By issuing guidelines only and not the previously announced mandatory restrictions, he has handed a complete victory to the churches in Illinois."

George Delgado, M.D., who served as an expert consultant to the churches, argued in a declaration to court that "a limit on the number of persons attending church services diminishes the risk of transmission to a far smaller degree than other prophylactic measures that churches can implement."

Thomas More Society Senior Counsel Martin Whittaker argued that one of the five churches in the lawsuit, Zion's Christian Assembly, operates a state-funded community food pantry in its building that has been allowed to operate during the pandemic.

The pantry had 25 people in the building at one time, but the church was forbidden from hosting a service there with more than 10 people.

"There is no logic that can defend why a Sunday worship gathering would be more dangerous to one’s health than a food pantry distribution in the same location, with the same number of people. Yet the former is prohibited, and the latter encouraged," Whittaker said.

"That is blunt defiance of the Illinois Constitution’s Bill of Rights and of the Religious Freedom Restoration Act."

WND reported earlier this week churches in several states are challenging restrictions on gathering ordered by Democratic governors, claiming the measures burden the fundamental right to free exercise of religion.