As one of his last acts in office, Richard Grenell, the outgoing director of national intelligence, declassified a batch of Trump-Russia documents, including one that a senior U.S. intelligence official said is “very significant” to the origins of the Russia probe.

Ratcliffe will ultimately decide when to release the documents that Grenell declassified.

The official told Fox News that the document related to the origins of the Russia probe is “very significant in understanding how intelligence was manipulated to support launching the Russia investigation.”

Grenell released a slew of documents related to the Russia investigation during his short tenure as the temporary chief of national intelligence. President Donald Trump called Grenell a “superstar” on Sunday for declassifying the records.

Grenell declassified footnotes from the Justice Department inspector general’s report on the FBI probe that showed the FBI had evidence of Russian disinformation in the Steele dossier. 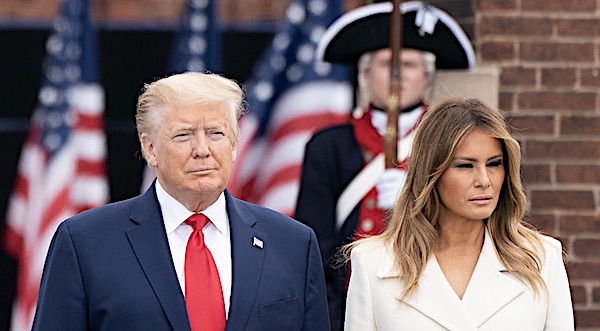 He also finalized a review of 53 transcripts from the House Intelligence Committee’s investigation into possible collusion between the Trump campaign and Russia. The transcripts showed that Obama administration officials saw no evidence of collusion while they still worked in government.

On May 8, Grenell declassified a list of Obama administration officials who requested the unmasking of Flynn in intelligence reports. He also declassified an email that former national security adviser Susan Rice sent herself on her last day in office regarding a Jan. 5, 2017, meeting in the Oval Office where Flynn was discussed.

Grenell said on Friday that he was conducting a declassification review of transcripts of Flynn’s calls with Kislyak, which occurred on Dec. 29, 2016.

Flynn pleaded guilty in the special counsel’s probe on Dec. 1, 2017, to making false statements to the FBI regarding his contacts with Kislyak. The Justice Department filed a motion to drop those charges on May 7, citing FBI documents discovered during an internal review of the case against Flynn.

Attorney General William Barr ordered the review after Flynn filed a motion on Jan. 29 retracting his claim to have lied to the FBI.

The Office of the Director of National Intelligence declined comment on Tuesday when asked about the declassification and whether Ratcliffe plans to release the documents.