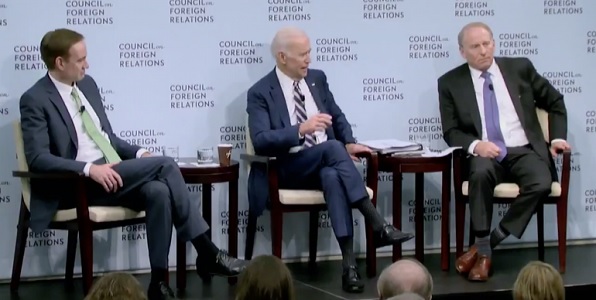 Joe Biden already is on video boasting of a quid pro quo with Ukraine, which happened to be the charge Democrats used to impeach President Trump.

The Senate acquitted Trump, but on Tuesday, Ukrainian parliamentarian Andrii Derkach released audio recordings alleged to be conversations between Ukrainian President Petro Poroshenko and Biden. Among them are purported discussions about Biden's successful effort to pressure Poroshenko to fire the country's general prosecutor, Viktor Shokin, while he was investigating the company for which son Hunter Biden served as a board member. 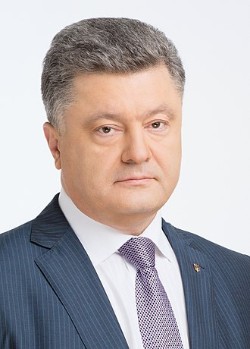 Derkach, reported RT.com, said he obtained the audio from investigative journalists who claimed Poroshenko personally recorded the calls. The recordings have not been independently verified, the Russian news outlet said.

What has been established, in any case, is that Hunter Biden and his business drew some $3 million for lending his name to the corrupt Ukrainian natural gas firm Burisma while it was fighting for its life amid an investigation. A video already has been widely circulated of Biden at a Council of Foreign Relations event boasting that he got Poroshenko to fire Shokin by threatened to withhold some $1 billion in U.S. aid to Ukraine.

Now, Derkach is claiming his recordings are of phone calls between Joe Biden and Poroshenko on a number of subjects, including the removal of Shokin.

In one call, Poroshenko tells Biden he has "good news," saying that on the previous day he went to Shokin's office and asked him to resign. One hour later, the country's top prosecutor delivered his letter of resignation.

Later, Biden says he was prepared for "a public signing for a commitment for a billion dollars."

"Again, I am not suggesting you want it or don't want it. I am suggesting that is what I am prepared to do," the vice president says.

In a November 2016 call, Biden offers congratulations "in getting the new prosecutor general."

"I know there’s a lot more to that. I really think that’s good," he says. "It is going to be critical that he works to repair the damage of Shokin.

"I'm a man of my word. Now that the new prosecutor general is in place we're ready to move forward to signing the $1 billion loan guarantee," says Biden.

The audio at some points is indecipherable, but Biden discusses with Poroshenko an IMF loan and the incoming Trump administration.

"This is getting very, very close. What I don’t want to have happen. I don’t want Trump to get into *** where he thinks he’s about to buy into a situation ... where it is about to collapse where he is going to pour more money into Ukraine," Biden says.

"So anything you can do to push the Privatbank to closure so that the IMF loan comes forward. I stress this is critical to your economic and national security," the vice president says.

See a video of the presentation of the phone calls obtained by Ukrainian parliamentarian Andrii Derkach:

See Biden's boast at a Council of Foreign Relations meeting:

The impeachment charges against President Trump centered on a congratulatory phone call in July 2019 with Poroshenko's successor, Volodymyr Zelenksy. Democrats charged Trump withheld aid to Ukraine to pressure Zelenksy to investigate the Bidens' conflict of interest.

The charge was framed as an incumbent presidential candidate abusing his power by pressuring a foreign government to dig up dirt on his probable opponent.

But the president's lawyers argued, among other things, the aid was delivered by the deadline and the possibility of corruption in the vice president's son profiting from his father's political position was a legitimate concern.