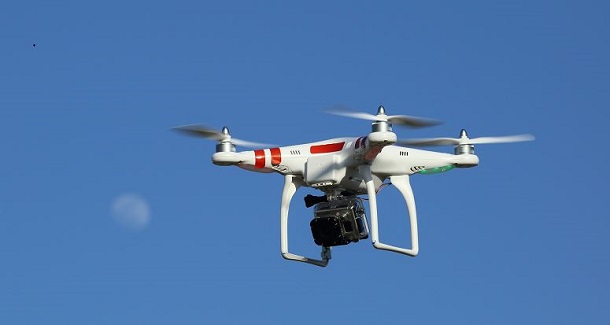 Republicans on the House Judiciary Committee are opening a congressional inquiry into a drone company that provides city mayors and other officials with drone technology to help monitor and fine American citizens who fail to employ social distancing guidelines, the Daily Caller News Foundation has learned.

Reps. Matt Gaetz of Florida and Jim Jordan of Ohio requested information from the Department of Justice and Department of Homeland Security Wednesday into Da Jiang Innovations (DJI), a Chinese-based company doling out drones to city officials. Past reports suggest DJI could pose a security threat to U.S. infrastructure.

They are referring to reports warning that DJI poses a risk to the country’s national security.

DJI donated drones to 43 agencies in 22 states to help enforce social distancing, MSNBC reported in April. The donations are part of the company’s “COVID-19 US Disaster Relief Program,” which provides cities access to the drones for the purpose of surveilling populations during the pandemic.

Jordan, Gaetz and other Republicans on the committee want a list of the state and local enforcement agencies that are receiving federal tax dollars to purchase DJI drones dating back to 2017. They also want to know if the departments are monitoring the supply of drones to these municipalities, and whether any concerns have sprung up internally since 2017 about DJI.

A 2017 memo from the Los Angeles office of Immigration and Customs Enforcement (ICE) said officials had “moderate confidence” that DJI’s commercial drones are giving critical U.S. “infrastructure and law enforcement data to the Chinese government.”

The memo cited first- and second-hand anonymous sources inside the drone industry. ICE, an agency under the DHS, has not responded to the DCNF’s request for comment about the memo, which was initially reported in November 2017 by The New York Times.

The memo also stated that officials had “high confidence the company is selectively targeting government and privately owned entities within these sectors to expand its ability to collect and exploit sensitive U.S. data.” The U.S. Army banned the use of all DJI drones in 2017, citing “cyber vulnerabilities.”

DJI previously disputed the thrust of the Times article and now disputes the insinuation that the company is a threat.

“With more front-line workers testing positive for COVID-19, our focus is giving our public safety professionals every tool possible to fight the virus and protect citizens. That is our goal,” Adam Lisberg, corporate communications director for DJI, told the DCNF DJI has not provided the DCNF with a list of the cities that have received drones.

Some cities are making use of the company’s drones.

Elizabeth, New Jersey Mayor J. Christian Bollwage, for instance, has no issue using the drones as a means of social control. His city’s drones blare sirens and issue this warning: “Stop gathering, disperse and go home.”

“If these drones save one life, it is clearly worth the activity and the information that the drones are sending,” the mayor said in an April interview with MSNBC.

New Jersey is considered a coronavirus hotspot — more than 9,000 people in the state have died from the virus, which originated in Wuhan, China, before skipping across the globe and landing in the United States, where it has killed more than 30,000 people.

“These drones will be around the City with an automated message from the Mayor telling you to STOP gathering, disperse and go home,” the post noted before issuing a warning that violating the policies subjects them to potential $1,000 fines. “You have been advised.”