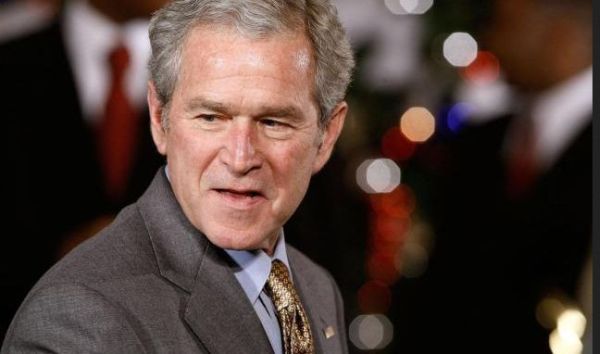 The George W. Bush Presidential Center, the official library for the 43rd president of the United States, criticized President Donald Trump’s order to limit immigration into the U.S. during the coronavirus pandemic.

The Bush Center argued in a video posted to Twitter Sunday that immigration restrictions wouldn’t stop the coronavirus outbreak and that the U.S. labor force — despite a massive downturn in the economy — needed to import foreign workers to supplement the labor force.

The message was an attack on Trump’s decision to momentarily restrict many green card applications from foreign nationals living abroad, a move intended to mitigate the spread of the virus and help U.S. workers.

“Unfortunately, this executive order is not going to accomplish either of those objectives,” Laura Collins, the director of economic growth for the Bush Center, said in the video.

“First of all, the virus affects all of us equally. It doesn’t care who we are or where we’re from. Current travel restrictions and quarantine protocols put in place protect us from viral spread regardless of where we’re from,” Collins said, adding that there is no need to prevent more foreign nationals from entering the U.S.

“We know that, before the pandemic, there were millions of unfilled jobs in the United States. If we assume that, in any recovery, all of those jobs come back, every American that wants a job will have the ability to fill the jobs that were there,” she said.

“We’re still going to have shortages and we’re going to need immigrants there to help fill those jobs,” Collins continued, noting that the labor force isn’t big enough to take on all the available jobs in the country.

The video message came after the Trump administration released its immigration order last month. The “ban,” which is to last 60 days, prohibits many foreign nationals living outside the U.S. from applying for permanent status. However, the order still allows for thousands of temporary workers to enter the U.S.

Since the COVID-19 crisis has forced states and localities across the country to go under lockdown, the U.S. economy has quickly collapsed. Just over 30 million jobless claims have been filed since the crisis began — roughly nine percent of the total U.S. population.

Even when the nation removes their quarantine orders, experts don’t expect the economy to quickly roar back to pre-coronavirus levels.

“The economy isn’t going to be up and running like it was before,” Mark Krikorian, the executive director of the Center for Immigration Studies, told the Daily Caller News Foundation last month. “This is going to be years to re-absorb the millions who have been thrown out of work back into a very different-looking economy.”

“We know that immigrants are good for the economy. We know they’re good for our culture,” she added in the video message.