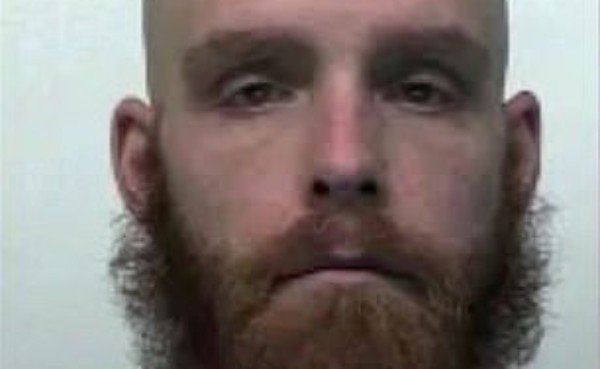 Among the 1,000 inmates released early by Washington state Democratic Gov. Jay Inslee due to the coronavirus pandemic is a convicted felon who was charged with attacking a woman last Friday.

The woman, in her 60s, was taking a break on a hike on the northern section of the Interurban Trail in Everett when 33-year-old Matthew Cory came up from behind and started choking her, according to police.

KCPQ-TV in Seattle reported the victim said she managed to loosen Cory's grip and scream loud enough to cause him to run away. Police found Cory running through the woods.

He admitted to investigators he had been using meth for two weeks and had not slept in seven days. He said he didn't remember attacking the woman.

Department of Corrections officials said officials had lost track of him because he removed his ankle monitor 10 days after his May 2 release.

KTTH Seattle talk-radio host Jason Rantz reported that while Inslee had promised violent offenders would remain behind bars, among the inmates released was a sex offender, multiple gang members and other dangerous criminals. He counted at least three who re-offended prior to the Cory case.

The Prison Policy Initiative is tracking the release of prisoners across the country in response to the coronavirus by federal, state and county officials.

California prisons, for example, have released about 3,500 inmates, and the daily jail population across 58 counties in the state is down by 20,000 from late February, the Los Angeles Times reported.

"The decision to release individuals from DOC was based on weighing the risk to incarcerated individuals and public safety," the governor's office said. "These were extremely difficult choices to make, but they were necessary in order to meet our obligations to allow for minimal social distancing in our more crowded living areas in the prisons."

The governor's office said the inmates chose for release tended to be incarcerated for less serious crimes involving property rather than crimes against persons.

Cory been serving time for unlawful possession of a firearm.

"This group was chosen to reduce the risk to public safety, but no choice could be made to guarantee that there would never be a new crime committed," the statement said.

When Inslee signed the proclamation April 15 to release the prisoners, he described it as a step "to protect the health of incarcerated individuals by focusing on the early release of certain vulnerable populations, including nonviolent individuals who are due to be released within the coming weeks and months."

"The Department of Corrections has taken significant action at my direction to address the threat of COVID-19 to the incarcerated population," Inslee said at the time. "But it can be difficult to maintain proper physical distancing in our correctional institutions and because of that, it makes sense to release certain individuals who may be at particularly high-risk during this outbreak."