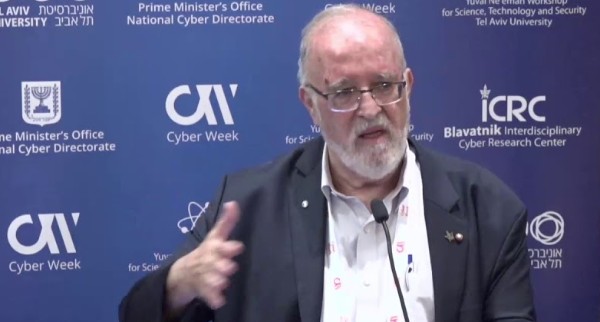 In mid-April, prominent Israeli mathematician and retired general Isaac Ben-Israel predicted that the number of cases of the deadly novel coronavirus would peak after about 40 days, independent of stay-at-home orders.

A statistical analysis conducted with a colleague of the growth and decline of new cases in countries around the world showed repeatedly that "there’s a set pattern" and "the numbers speak for themselves," he told Israel's Channel 12 television at the time.

The Gateway Pundit posted graphs of the number of cases from countries that employed a variety of mitigation strategies, demonstrating the virus, indeed, peaks after about 40 days in each country.

Ben-Israel, the head of the Security Studies program in Tel Aviv University and the chairman of the National Council for Research and Development, forecast in mid-April the coronvirus will decline to almost zero after 70 days, regardless of where it strikes and the measures governments impose to try to thwart it.

The professor said he supports social distancing but insisted his statistics demonstrate the error of shuttering economies.

In Israel, closing the economy because of a virus killing one or two people a day is a radical error that is unnecessarily costing Israel 20% of its GDP, he charged.

Ben-Israel cited coronavirus figures from countries such as Singapore, Taiwan and Sweden, which did not take radical measures.

He said he could not explain why it peaks after 40 days.

"There are all kinds of speculations. Maybe it’s related to climate, or the virus has a life-span of its own," he said.

He called the response to the novel coronavirus "mass hysteria," insisting "you shouldn’t be closing down the entire country when most of the population is not at high risk."

A critic who was part of the Channel 12 segment commented after Ben-Israel had left the studio that "we're going to be living with the coronavirus for the next year."

"I strongly urge that we not let mathematicians — who know nothing about biology — determine when we lift the lockdown," he said.