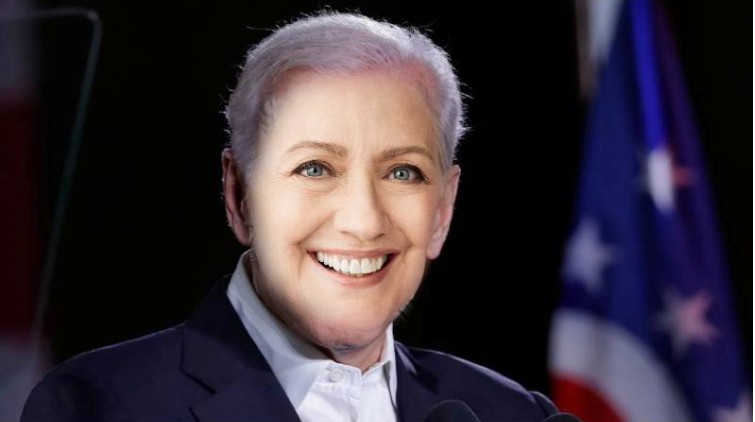 Is Joe Biden an honorary Clinton? Or are recent events so Clintonesque that a doppelgänger is more likely, a covert replacement named Joe Blinten?

To recap: Joe's former Senate staffer Tara Reade now alleges he pinned her against a wall in 1993, put his hand under her skirt and penetrated her with his finger. Of course, Ms. Reade's accusation echoes those from Bill Clinton's own pre-White House office.

And there are more parallels.

Like the Clintons, Joe is associated with shady deals in China and Eastern Europe. Powerful DNC figures virtually handed Joe the nomination over Bernie Sanders. A prudent investigation into Joe's conduct during the Obama administration ended instead with a diversionary "investigation" into President Trump. And at times Joe seems to wrestle with the meanings of basic words, like "is."

Closer still, Joe's campaign apparently has more lives than a cat, thanks to the Department of Justice, the media and the rest of the Democratic establishment.

Liberal-PC hypocrisy hardly gets better than this, though: Ms. Reade's allegation – which Biden denies – is credible under the standard Joe himself espoused during the Kavanaugh hearings.

Remember, in 2016 the media hammered candidate Trump for his "locker-room talk." In contrast, Joe now stands accused of actually grabbing a woman by her private parts.

Yet New York Times editor Dean Baquet rationalized for 19 days before he published Ms. Reade's account. Compare that to the apparent same-day rush at the Times to print allegations against non-Democrats with less evidence and no accusation they penetrated anybody.

Good thing for Ms. Reade the Times was shellacked for mishandling the Weinstein accusations. Otherwise Mr. Baquet might still be holding her story.

Earlier, Joe's campaign might've been expected to end with the Burisma scandal. Indeed, wasn't Joe caught on tape bragging that he effectively fired the Ukranian prosecutor investigating his family? What if President Trump had done that?

Just imagine – if you can — abusing the nation's second-highest office while your family pockets millions. Moreover, you use a billion tax dollars to extort the dismissal of the prosecutor investigating you. Then, when the truth starts to emerge anyway, a former federal prosecutor in the U.S. House of Representatives impeaches the new president for looking into it. Meanwhile, The Hill suspends John Solomon, the principal journalist reporting on the matter.

That one might've made even Hillary blush.

There's also all the gaffes. Say what one must about the Clintons; at least they could tell voters what year it was and which offices they were seeking.

This all begs the question: What is the DNC's plan for the general-election debates? Joe was able to take batting practice with Bernie Sanders and friendly moderators lobbing him softballs.

But is there enough ginkgo biloba on Earth for Joe to hit Trump's fastball? The answer may be forthcoming. Beijing would likely pony up its entire supply to return to the "free trade" deals it got when Joe flew there on Air Force Two.

And Joe's record presents as big a strike zone as any Clinton's. He was around for Eric Holder's apparent revolving-door patronage, as well as Benghazi, healthcare.gov and FISA abuse.

Joe was also there for Operation Fast and Furious. The Obama administration asserted executive privilege and dodged inquiries into the operation. But will that fly on the 2020 debate stage?

How would Joe answer Donald Reynolds? He's an African American firearms collector and hip-hop distributor from Knoxville, Tennessee. Reynolds says the Obama administration railroaded him when he refused to become a straw-man weapons purchaser for Fast and Furious. He's now doing life plus 75 years even though no illegal weapons or drugs were found on him.

Reynolds' trial transcripts, however, are a treasure trove of under-publicized names, dates and places. They detail DOJ operatives trafficking large amounts of weapons and drugs across the U.S.-Mexico border to known cartels on the other side.

Joe would have to muster all of his inner-Clinton not to strike out on that one.