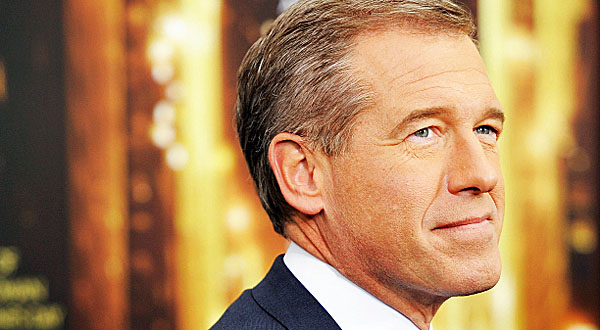 A senior journalism fellow at Hillsdale College says "media elites" must realize they can't continue to ignore the politicization of the nation's intelligence agencies under Barack Obama.

"Many of our supposedly smart media elites are dinosaurs who are completely unaware of the asteroid headed right to them," posted a commentarywrote Mollie Hemingway, a senior editor at The Federalist.

Hemingway, a Fox News contributor, is co-author of "Justice on Trial: The Kavanaugh Confirmation and the Future of the Supreme Court."

She said media are engaged "in an all-hands-on-deck effort to continue pushing out Democratic talking points that got them into the mess."

"This week, that meant they regurgitated the Democratic claim that the Obama administration’s spying and leaking was 'normal' and that to be concerned about it is nothing more than a 'distraction.'"

She said that if reporters "think they can continue to ignore the very real concerns about politicization of intelligence agencies under Obama, or gaslight Americans by claiming such spying and leaking is normal and even good, they should wake up."

Her comments were prompted by recent release of documents confirming the Obama administration's "broad spying-and-leaking campaign against the incoming Trump administration."

The Department of Justice moved to drop charges against Michael Flynn after documents confirmed the former national security advisers claim he was framed by the FBI.

"As new details emerge about the Obama administration’s broad spying-and-leaking campaign against the incoming Trump administration, reporters have a choice to make about whether to cover this story honestly, at long last," she explained. "There is a brief window of time afforded the media to get the story right. They should take advantage of it."

Journalist Lee Smith pointed out media peddled the Russia collusion theory for years before it imploded.

Hemingway said MSNBC's Brian Williams is one of the "less deft" at pushing out partisan talking points. He "literally asked implicated former CIA chief John Brennan if he could 'once and for all' explain to people who had heard about the scandal despite his corporation’s best efforts why it was no big deal."

Other biased comments came from Josh Marshall of Talking Points Memo, the Daily Beast’s Sam Stein, Susan Glasser at the New Yorker and Peter Baker of the New York Times, she said.

"Many of these people are simply in too deep. They’re not giving back the awards they got for peddling the false story uncritically. To do so is a level of honesty they are not currently capable of. But not everyone needs to follow them. For liberal media who want to be honest, there is plenty of ground between shouting 'OBAMAGATE!' in all caps and denying the spying and leaking ever happened," Hemingway said.

There are some, she explained, who "are honest enough to say that political spying and criminal political leaking is not what our intelligence agencies should have been doing."

"The world is eager to see if there are many real journalists left," she wrote. "No, not the types of journalists who give each other awards for peddling false narratives that the average American can see right through. But real journalists who can think critically when a spy chief or operative comes to them with a ludicrous claim about prostitutes and videotaped urination in a Moscow hotel or Jeff Sessions being a Russian spy or the key to the 2016 election result involving subliterate Facebook memes.

"If reporters think they can continue to ignore the very real concerns about politicization of intelligence agencies under Obama, or gaslight Americans by claiming such spying and leaking is normal and even good, they should wake up," she said.