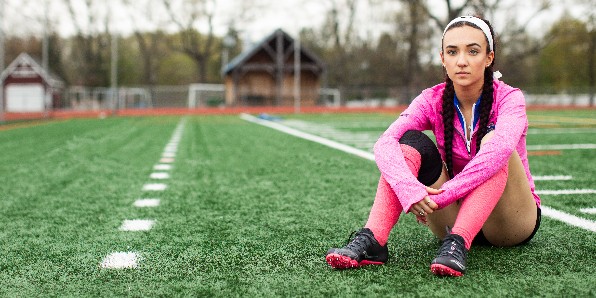 In a case challenging a Connecticut law allowing boys who identify as girls to compete in girls high school athletic events, attorneys filed a motion Saturday to dismiss a judge who barred them from referring to the transgender athletes as "males."

The attorneys are representing three female high school track athletes -- Selina Soule, Alanna Smith and Chelsea Mitchell -- in their case against the policy of the Connecticut Interscholastic Athletic Conference.

The federal government has filed a statement of interest, formally objecting to Connecticut's insistence that young people can choose their sex.

The government argues that Title IX, the federal law prohibiting discrimination based on sex, does not apply to boys who identify as girls.

"Title IX and its implementing regulations prohibit discrimination solely 'on the basis of sex,' not on the basis of transgender status, and therefore neither require nor authorize [the state's] transgender policy," explains the legal filing.

"What I'm saying is you must refer to them as 'transgender females' rather than as 'males,'" the judge said, according to a transcript. "Again, that's the more accurate terminology, and I think that it fully protects your client's legitimate interests. Referring to these individuals as 'transgender females' is consistent with science, common practice and perhaps human decency. To refer to them as 'males,' period, is not accurate, certainly not as accurate, and I think it's needlessly provocative."

He continued: "I don’t think that you surrender any legitimate interest or position if you refer to them as transgender females. That is what the case is about. This isn't a case involving males who have decided that they want to run in girls' events. This is a case about girls who say that transgender girls should not be allowed to run in girls' events. So going forward, we will not refer to the proposed intervenors as 'males'; understood?"

But ADF attorneys argued in the hearing that the case centers on definitions.

"The entire focus of the case is the fact that the CIAC policy allows individuals who are physiologically, genetically male to compete in girls' athletics," said attorney Roger Brooks.

"But if I use the term 'females' to describe those individuals — and we’ve said in our opening brief, we're happy to use their preferred names, because names are not the point to the case. Gender identity is not the point of this case. The point of this case is physiology of bodies driven by chromosomes and the documented athletic advantage that comes from a male body, male hormones, and male puberty in particular," he said.

"So, your honor, I do have a concern that I am not adequately representing my client and I'm not accurately representing their position in this case as it has to be argued before your honor and all the way up if I refer to these individuals as 'female,' because that's simply, when we're talking about physiology, that's not accurate, at least in the belief of my clients."

ADF lawyers argued in their motion to dismiss the judge that the judge's order is "legally unprecedented."

Further, it damages the appearance of impartiality.

The motion said: "A disinterested observer would reasonably believe that the court's order and comments have destroyed the appearance of impartiality in this proceeding. That requires recusal."

The case was filed by the three girls and their mothers after Terry Miller and Andraya Yearwood, males who have been allowed to compete in girls' events, combined to win 15 girls indoor and outdoor championship competitions since 2017.

The three girls said they have lost to Miller and Yearwood in nearly every event.