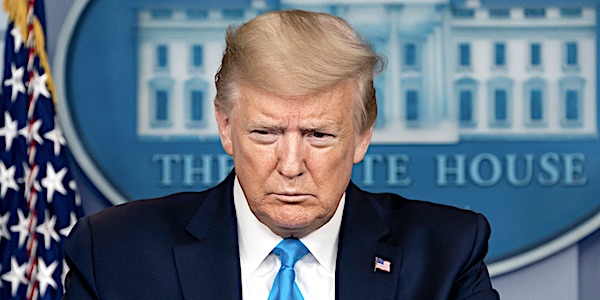 The federal judge who has been asked by the Justice Department to sign off on its motion to dismiss the case against Michael Flynn has chosen a known Trump critic to argue for continuing the case.

Judge Emmet Sullivan this week appointed John Gleeson, a former judge, to oppose the DOJ motion and explore a perjury charge against Flynn.

Flynn was caught up in special counsel Robert Mueller's investigation of Democratic claims the 2016 Trump campaign colluded with Russia. But newly unsealed FBI documents show agents set a trap for Flynn, discussing whether or not to trick him into a lie. Flynn later pleaded guilty to lying to investigators. But armed with new evidence, he has withdrawn the plea, arguing he was pressured into it under the threat that his son would be prosecuted.

Sullivan appointed Gleeson after declaring he would accept third-party briefs recommending ways to continue the case.

Samuel Buell, who teaches criminal law at Duke, told the New York Times Sullivan essentially is bringing in an outsider to continue the prosecution, against the wishes of the DOJ.

"This is extraordinary for the judge to appoint somebody to argue against a prosecutors’ motion to dismiss a criminal case," Buell said.

In a Washington Post op-ed, Gleeson expressed opposition to the DOJ's motion to dismiss.

"Prosecutors deserve a ‘presumption of regularity’ — the benefit of the doubt that they are acting honestly and following the rules," he said.

He charged there was "improper political influence" in the decision.

Meanwhile, declassified records were released Wednesday naming Obama officials, including Joe Biden, who were aware of the "unmasking" of Flynn's name during the investigation.

Sullivan, a Bill Clinton appointee, previously chastised Flynn for charging that investigators had coerced him into pleading guilty. The judge insisted Flynn had pleaded guilty "knowingly, voluntarily, intelligently, and with fulsome and satisfactory advice of counsel."

Flynn later changed lawyers, and his new lawyers counseled him to withdraw his plea.

"If this judge has the gall to not throw this out, he ought to be impeached. Remember that judges only have jurisdiction for cases and controversies," Dershowitz said. "There’s no controversy here. Both sides agree this case should be dismissed. This judge has no power to do anything else. And if he asserts that power, he has violated the Constitution."

"Under the Fokker case that just came out two years ago, the D.C. Circuit which governs Judge Sullivan made it very clear if the government wants to dismiss a case you cannot, the district court, cannot refuse to do so because he doesn't like the government's theory," he said. "Because he thinks the government should continue the case. And it doesn't matter if the defendant has pled or not."

A Harvard Law Review article about that case said: "Since the Arthur Andersen prosecution in which thousands of innocent workers lost their jobs, the Department of Justice has increasingly turned to deferred prosecution agreements to avoid the collateral consequences of a corporate criminal conviction.

"In a DPA, the government agrees to dismiss filed charges if a corporation complies with negotiated conditions that are aimed at punishing the misconduct and allowing the corporation to demonstrate rehabilitation. Traditionally, judicial scrutiny over the DPA’s terms has been 'essentially nonexistent.' … However, three recent district court decisions have attempted to assert a more substantive role for the court — declaring that an Article III judge is not a 'potted plant.' … The D.C. Circuit subsequently curtailed these efforts in United States v. Fokker Services … in which it held that to preserve 'the Executive’s long-settled primacy over charging,' a court is not authorized to reject a DPA based on a finding that the 'charging decisions' and 'conditions agreed to in the DPA' are inadequate."

The article said that "as a matter of established law, the judiciary is not to second-guess the Executive’s decisions of 'whether to initiate charges, whom to prosecute, which charges to bring, and whether to dismiss charges.'"