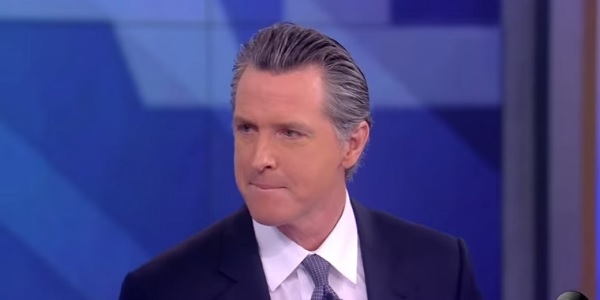 Government watchdog Judicial Watch has asked a judge for a temporary restraining order to stop California Gov. Gavin Newsom from moving forward with his plan to hand out $75 million to illegal aliens.

The direct cash payments would issue $500 per adult or $1,000 per household only to those who are not in the United States legally.

"Judicial Watch’s taxpayer clients asked for a temporary restraining order because Gov. Newsom plans to rush plainly illegal direct cash payments, using taxpayer dollars, to illegal aliens," said Judicial Watch President Tom Fitton. "The governor has no legal authority on his own to spend state taxpayer money for cash payments to illegal aliens, and coronavirus doesn’t give him or any other politician a pass to violate the law."

In its request for the restraining order, Judicial Watch said the court should preserve the status quo.

In its April 29 lawsuit on behalf of California taxpayers Robin Crest and Howard Myers, Judicial Watch alleged Newsom overstepped his authority and violated federal law when, without affirmative state legislative approval, he took executive action to create a program to give out cash to those who otherwise are ineligible for state or federal insurance or other benefits "due to their unlawful presence in the United States."

Newsom announced his giveaway on April 15. The distribution of $75 million would cost another $4.8 million.

"These benefits are not to be provided to U.S. citizens or legal aliens residing in the state, according to an April 17 fact sheet issued by the California Department of Social Services, the 'Disaster Relief Assistance for Immigrants Fact Sheet,' which reiterates that only unlawfully present aliens are eligible for direct assistance," Judicial Watch said.

The original complaint says Newsom plans to use "immigrant-serving community-based nonprofit organizations" to hand out benefits.

The money is to come directly from state personal income, sales, use and corporate taxes.