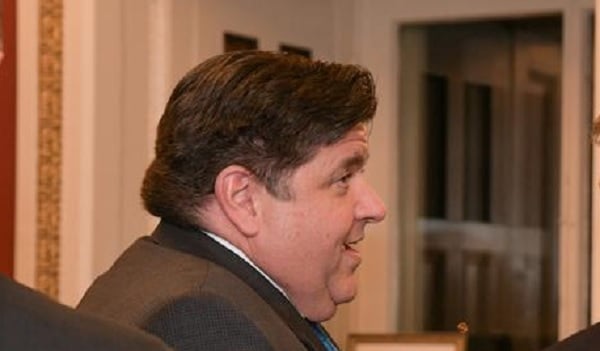 Correction: An earlier version of this report mistakenly said the provisions allowing the confiscation of private property were new. In fact, those provisions are in existing Illinois law. But under the proposed legislation, the governor would have to obtain general assembly permission to extend any declared emergency beyond 30 days.

A piece of legislation being proposed in Illinois to deal with future state-declared "emergencies" is aimed at limiting the governor's right to summarily confiscate vehicles, animals, food, clothing, medicines, even real estate from private citizens.

"Illinois lawmakers are attempting to pass legislation to limit government in their ability to confiscate property from business owners and citizens during state emergencies like the ongoing coronavirus pandemic," the report said.

Illinois law already allows, as "emergency powers of the governor," that "on behalf of this state" the governor can "take possession of, and to acquire full title or a lesser specified interest in, any personal property as may be necessary to accomplish the objectives set forth in Section 2 of this Act, including: airplanes, automobiles, trucks, trailers, buses, and other vehicles; coal, oils, gasoline, and other fuels and means of propulsion; explosives, materials, equipment, and supplies; animals and livestock; feed and seed; food and provisions for humans and animals; clothing and bedding; and medicines and medical and surgical supplies; and to take possession of and for a limited period occupy and use any real estate necessary to accomplish those objectives; but only upon the undertaking by the state to pay just compensation therefor as in this Act provided …"

The law provides for the state government to deliver a "statement" to the targeted property owner that includes the name of the owner, date and place of the taking and description of the property.

"If possible," that paperwork is to include a statement from the owner "setting forth the sum that he or she is willing to accept as just compensation for the property or use," the law states.

The current proposal first calls for new pandemic-related protocols for businesses such as customer density, face covering for employees and regular cleaning regimens. It also provides that businesses complying with the new state protocols "may reopen and rehire staff at its discretion as soon as is practical."

And it includes new provisions that require the state's general assembly to approve any expansion or extension of the original emergency declaration by the governor -- or else allows that the proclamation continue until the general assembly can meet.

The GP story explained that the bill "simply prohibits Illinois governors from extending their emergency powers beyond 30 days without the consent of the elected assembly."

The law also allows , during emergencies, the state to "limit the sale, dispensing, or transportation of alcoholic beverages, firearms, explosives, and combustibles."