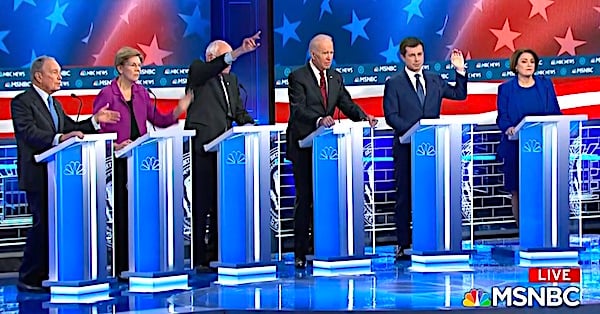 The left-wing tech firm reportedly behind much of the chaos surrounding the Iowa caucus in February is rebranding and recruiting new leadership as the company’s CEO acknowledges: It’s time for a major overhaul.

Shadow is calling itself BlueLink and adding new leadership after its technology caused delays in reporting the results of the caucus. The app’s biggest investor — ACRONYM — has not yet changed the name of the firm on its “about” page, according to ACRONYM’s website.

“If there’s ever a time for a rebrand … this is it,” Shadow CEO Gerard Niemira told Recode.

He continued: “Obviously when something like Iowa happens, it’s important to take stock.”

ACRONYM told the Daily Caller News Foundation that it decided in February to “wind down our involvement with Shadow,” though the company’s website still lists Shadow among its investments. ACRONYM has not responded to the DCNF’s requests for comment about the discrepancy.

ACRONYM edited portions of its website in February to distance itself from an app, the DCNF found in an archived version of the company’s website.

Niemira vowed to streamline the new company and kill one-off projects like the Iowa app, while bringing in Silicon Valley designer Irene Tollinger as the company’s chief operating officer. She will oversee integrating data for the company’s campaigns.