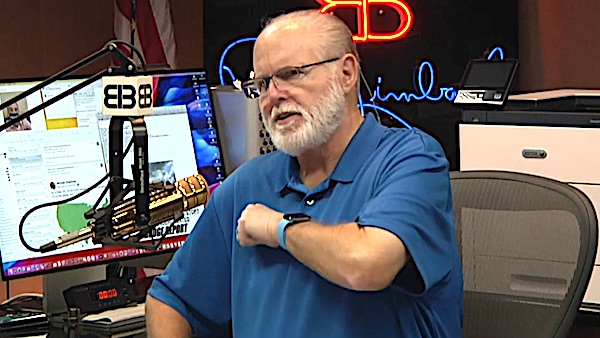 It's a fact that Barack Obama "collaborated to invent the Russia collusion narrative," so now the former president is throwing mud on President Trump's handling of the coronavirus pandemic to deflect attention, charged talk-radio host Rush Limbaugh.

"None of this Trump-Russia collusion stuff could have happened without Obama knowing about it, Limbaugh told his listeners Monday.

"These people that perpetrated it – the FBI and the DOJ, the Comeys, the McCabes, the Clappers, the Brennans, none of them could have done it without Obama knowing about it, at bare minimum knowing about it, and at worse directing it," he said.

Limbaugh said "it turns out [Obama] was directing it," pointing to the Oval Office meeting Jan. 5, 2017, led by Obama "to plan how to sabotage Trump with the Russia collusion narrative and get it out there the next day in a Comey and Brennan meeting with Trump at Trump Tower."

"So it is not a stretch. In fact, it's factual to say that Obama collaborated to invent the Russian collusion narrative," Limbaugh said. "That's why Obama is taking all of his time and trying to focus on Trump and his supposedly horrible, chaotic response to the coronavirus. Obama knows he's got buddies. He knows he's got sycophants. He knows he's got butt-kissers in the Drive-By Media. But he still needs to give them somewhere to go. So harping on Trump and Trump's supposed incompetence is Obama’s way of deflecting."

He said Obama is very good at fooling people, but "he doesn't fool smart people."

U.S. Attorney John Durham is conducting a criminal investigation into the origins of the Obama administration's Trump-Russia probe.

Limbaugh said there are people who "literally ought to be in jail."

"There are people who need to have everything taken away from them like Flynn and Manafort have had taken away from them, the people that ran this operation. There are American citizens including Robert Mueller, Andrew McCabe, James Comey, Peter Strzok Smirk, Lisa Page, Bill Priestap, I go through the list of people, who all participated in the willful destruction of lives of their fellow American citizens," he said.

Justice might come to those figures, but nothing ever will happen to Obama, he said.

"The walls are not closing in on Obama. We wish they were, but they’re not. Who’s gonna close the walls on the guy?" he asked.

But in the future, he said, it might happen to Trump.