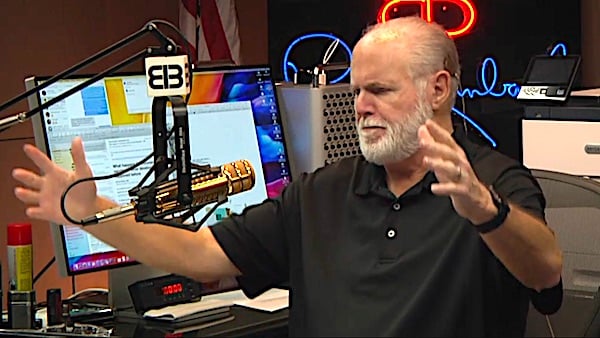 As the coronavirus pandemic drags on and questions surrounding the health and political viability of presumed Democratic presidential nominee Joe Biden intensify, radio talk-show host Rush Limbaugh is making a bold prediction: that New York Gov. Andrew Cuomo will attempt to "hijack" the nomination away from Biden.

"I guarantee you the Democrats cannot permit this to go on, and they won't, and I think it's gonna be the Cuomo brothers. I think Andrew Cuomo is gonna hijack, or try to, the Democrat convention," Limbaugh said on his national broadcast Wednesday.

"You mark my words."

Limbaugh explained Biden's frequent media appearances from his basement at his Delaware home are revealing Biden's mental-health issues to the public.

"Biden looks totally at home in the basement. He has no desire to leave," he said. 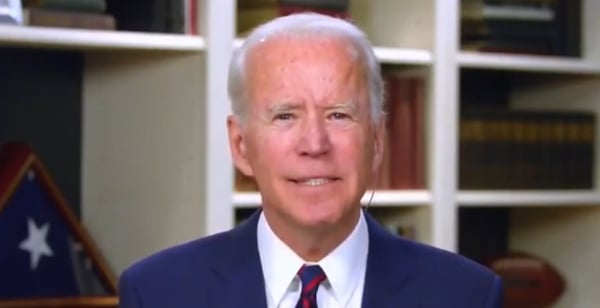 "Those of you out there who have had a family member who has acquired dementia-related problems, you know they get scared to death of leaving home."

Will Andrew Cuomo try to hijack the Democratic presidential nomination away from Joe Biden?
87% (452 Votes)
13% (67 Votes)

Limbaugh noted how CNN was giving plenty of coverage to its latest poll on the presidential race, as he aired excerpts from the network's John King. 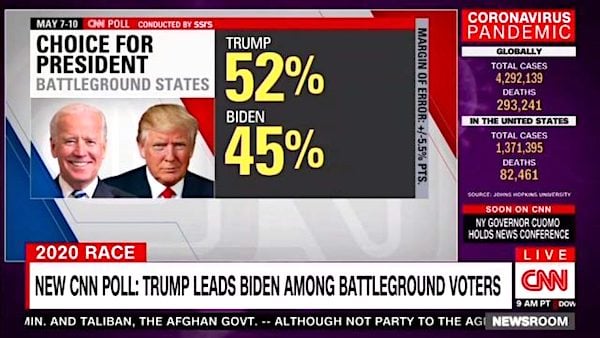 "They show Joe Biden with a national lead in the race for president. But there are warning signs for the Democrats when you dig deeper into the numbers. It is a five-point national lead for Biden, 51% support from registered voters. President Trump receives 46%. But remember 2016. We pick presidents state by state. And look at the horse race in the 15 states that CNN designates as presidential battlegrounds. Take a peek. The president leads in those battleground states 52% to 45% for the former vice president.

"Be careful not to invest too much in any one poll, especially in the middle of a pandemic, but Biden's numbers are down among women, down among independents. And in both of those subgroups, the drop is primarily among younger voters."

"So, you know, CNN and everybody's had these polls showing Biden doing really well in the battleground states in the states where Trump got enough Democrat votes to win, and now all of that's turned South."