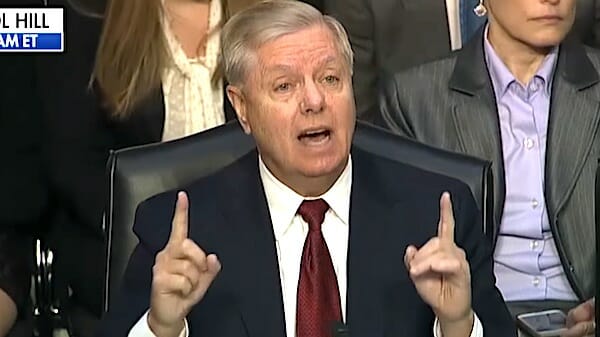 Graham said Monday the committee will debate and vote on a subpoena authorization that focuses on the oversight of the Obama administration's investigation, called Crossfire Hurricane, and the FBI's abuse of the secret FISA court in its obtaining of warrants to spy on the Trump campaign.

Crossfire Hurricane is the focus of a criminal investigation by U.S. Attorney John Durham.

Graham said the vote on subpeona authorization is expected June 4.

The senator explained that under Senate Judiciary Committee rules, the chairman cannot by himself issue a subpoena. It requires the consent of the Republican-led committee's top Democrat or a committee vote.

Graham said he would use the precedent set by Democrats in 2008 when they were in the majority and authorized subpoenas by party-line vote.

He's seeking documents related to "any individual named or identified by pseudonym in the report titled 'Review of Four FISA applications and Other Aspects of the FBI's Crossfire Hurricane Investigation' issued by the U.S. Department of Justice Inspector General."

The Washington Examiner reported: "Facing growing pressure from the Right to make good on his pledge to subpoena officials who may have knowledge of the investigation's origins, the senator has said timing is a factor. Graham noted earlier this month that he wanted to avoid 'interfering in an ongoing criminal matter,' referring to U.S. Attorney John Durham's investigation of the Russia inquiry."

Steele's claims were created at the request of Fusion GPS, an opposition research firm hired by Hillary Clinton's campaign and the Democratic National Committee.

Footnotes newly declassified by Barr and acting Director of National Intelligence Richard Grenell show that the FBI was aware that Steele’s dossier might have been compromised by Russian disinformation.