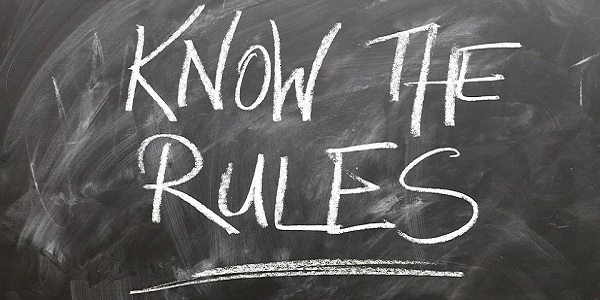 By Patrick A. McLaughlin & Casey B. Mulligan
Real Clear Politics

The COVID-19 crisis has exposed some of the underlying problems created by the outdated, overlapping, and often-contradictory regulations that make it nearly impossible for public and private entrepreneurs to respond to rapidly changing circumstances. Regulators have had to suspend hundreds of regulations in order to advance the war against COVID-19, and a new executive order requires federal agencies to think twice before reinstating them when the pandemic subsides. Because the pandemic presents not only a health crisis but also an economic one, the executive order also tells regulators to decide if more regulations can be temporarily modified or suspended in order to help the economy recover. And for any regulation that has been suspended — either in the name of public health or for the sake of economic recovery —President Trump asks agencies to determine if those changes can become permanent.

Hoping that you believe a common myth about federal regulation, the president’s critics will proclaim that “Trump is trying to kill you” with deregulation by dirtying the air and water. But in fact, only 14% of all economically significant federal rules issued by executive agencies between 2000 and 2017 came from the two environmental agencies (the Environmental Protection Agency and the Department of Interior). Non-environmental rules have also been dominant in the deregulatory activity over the past three years.

Critics will also say that federal agencies should not have to reconsider their regulations, because regulations originate with nonpartisan “technocrats” who capably balanced costs and benefits. This is a second myth. Despite executive orders and Office of Management and Budget guidance requiring cost-benefit analysis of new regulations, the typical justifications and cost assessments of non-environmental regulations border on the absurd, if any quantitative assessment was provided in the first place. The fact that agencies were able to temporarily suspend or modify many regulations during the crisis raises the question of whether those regulations were ever needed.

Take the 2016 prohibition of short-term health insurance plans (lasting between six and 12 months). No cost was assessed for that rule because the rule was designated as not economically significant, but this designation is not supposed to be used unless there is no material adverse effect on any sector of the economy. How could the regulators deny any material adverse effect from a prohibition of a product that 2 million people would be purchasing (as estimated by the nonpartisan Congressional Budget Office)? The White House Council of Economic Advisers later estimated that the annual cost of this regulation was $13 billion, which is 130 times the monetary threshold for economic significance.

A third myth, reinforced by the other two, is that the main burden of regulation is paperwork. This should be obvious today from the state’s stay-at-home orders, which take little paper or time to read but have ruined businesses, interrupted student learning, and have cost the average household thousands of dollars (yes, we know that there would still be an economic depression even without stay-at-home orders, which is why we did not write “tens of thousands”). These are lost opportunities, not clerical costs.

Sen. Elizabeth Warren has argued that deregulation is “code for ‘let the rich guys do whatever they want.’ ” That is also a myth as to deregulations over the past three years: One of the best-kept secrets in the economics of regulation is how regulations’ costs fall disproportionately on the poor. Dividing American households into five income groups from lowest to highest, one of us has estimated what a revival of the regulatory state would add to each group’s regulatory costs and expressed them as a percentage of its average income. The costs to the bottom quintile amount to 15.3% of their total income — representing as high a burden as all the taxes they currently pay.

Did these rolled-back regulations have any benefits? Certainly — to large banks, trial lawyers, major health-insurance companies, big tech companies, and foreign drug manufacturers that profit when consumers must buy their expensive products because affordable alternatives are not available.

The surprise has been that any deregulation could occur with special interests so close at hand. President Trump’s strategy has been to bulk-process deregulation, in effect multilateral disarmament in the battle for special-interest favors. He did this with historic use of the Congressional Review Act during the short regulatory time window that came at the beginning of his term. Then he implemented the regulatory budget that required agencies to reduce regulatory costs faster than they created them. Now he is poised to use the war against COVID-19 to launch a third offensive against the regulatory state.

Patrick A. McLaughlin is director of policy analytics and a senior research fellow at the Mercatus Center at George Mason University. He previously served as a senior economist at the U.S. Department of Transportation.

Casey B. Mulligan, professor of economics at the University of Chicago, served as chief economist of the White House Council of Economic Advisers from 2018 to 2019. His latest book is “You're Hired! Untold Successes and Failures of a Populist President.”