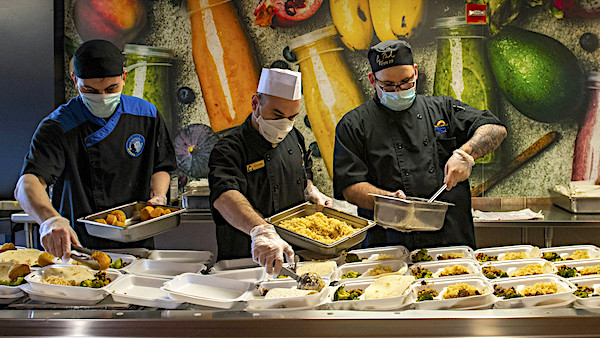 An Islamic cleric in Pakistan boasts of using coronavirus food aid to pressure Christians in the Muslim-majority nation to convert to Islam.

Church leaders and human-rights activists are speaking out, according to the non-profit International Christian Concern, which aids persecuted Christians worldwide.

Appearing on Mandi Channel, an Islamic TV channel in Pakistan, the cleric said the staff of his organization, Dawat-e-Islami, offered a Christian "conversion against food, which he accepted."

Islam expert Robert Spencer commented at his Jihad Watch website that it's "the same story in every one of these cases."

"If Christians were using coronavirus aid to convert Muslims to Christianity, there would be insistent international headlines for weeks, New York Times studies on the unethical practices of missionaries, CNN exposés on forced conversion by Christian evangelists, etc.," he wrote.

"But you won’t hear about this anywhere except here."

Some 45% of Pakistan's population lives below the poverty line. Much of the income of the poor comes from daily jobs, which have been affected by the national lockdown in reponse to the coronavirus pandemic.

"Pakistan’s Christian community has been particularly hard hit by the COVID-19 pandemic. Due to widespread discrimination and intolerance, Pakistani Christians have been marginalized to the country’s poorest and most vulnerable sections of society. Many Christians depend upon the daily labor jobs which have been curtailed by the lockdown," ICC said.

ICC said that since the lockdown began March 21, it has documented at least four incidents in which Christians were denied food aid because of their religious identity.