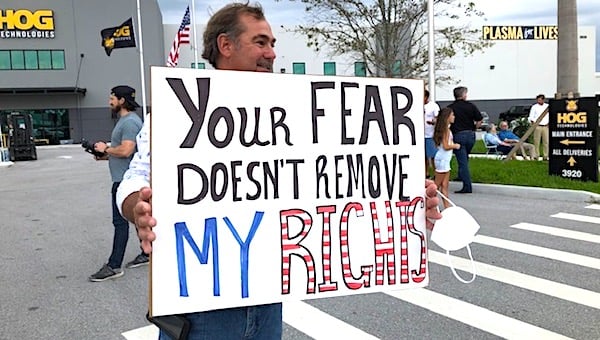 After careful study since January, a Nobel Prize-winning scientist believes the spread of the coronavirus follows a similar pattern, regardless of social-distancing practices.

"There is no doubt in my mind, that when we come to look back on this, the damage done by lockdown will exceed any saving of lives by a huge factor," said Michael Levitt, professor of structural biology at the Stanford School of Medicine, in an interview with Freddie Sayers of the U.K. publication UnHerd. 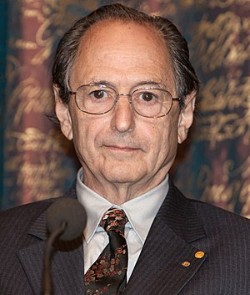 The winner of the 2013 Nobel Prize for Chemistry for "the development of multiscale models for complex chemical systems," he acknowledges he is not an epidemiologist. But Levitt argues that much of modern science is about statistics, and he is an expert in that field.

Sayers noted that when Levitt first spoke out in early February, he accurately predicted the number of cases and deaths in Hubei province, where the coronavirus originated, would top out at around 3,250 deaths.

Levitt has found in every area where the coronavirus breaks out, there is a similar mathematical pattern, regardless of government interventions.

After two weeks of exponential growth of cases and, subsequently, deaths, the curve becomes "sub-exponential."

The implications are profound.

The scenarios modeled by the Imperial College that spurred governments to action -- predicting 2.2 million deaths in the U.S. and 500,000 in Britain -- relied on a presumption of continued exponential growth.

But Levitt hasn’t seen that happen anywhere, even in countries that have been relatively lax in their responses.

He pointed out the Imperial College study led by Neil Ferguson assumed exponential growth of 15% for six days.

"Now I had looked at China and had never seen exponential growth that wasn’t decaying rapidly," Levitt said.

He's unconvinced that the lower rate of growth can be explained by
social distancing and lockdowns.

In China, South Korea, Iran and Italy, he said, "the beginning of the epidemics showed a slowing down, and it was very hard for me to believe that those three countries could practise social distancing as well as China."

He believes that some degree of prior immunity and large numbers of asymptomatic cases are important factors.

He's found the total number of deaths in places as diverse as New York City, parts of England, parts of France and Northern Italy all seem to level out at a similar fraction of the total population.

"Are they all practicing equally good social distancing? I don’t think so," he said.

The indiscriminate lockdown measures are "a huge mistake," he said, calling instead for a "smart lockdown" policy focused on protecting elderly people.

"I think the policy of herd immunity is the right policy. I think Britain was on exactly the right track before they were fed wrong numbers," he said. "And they made a huge mistake."

The "winners," he said, are Germany and Sweden, which "didn’t practice too much lockdown and they got enough people sick to get some herd immunity."

"I see the standout losers as countries like Austria, Australia and Israel that had very strict lockdown but didn’t have many cases," he said.

"They have damaged their economies, caused massive social damage, damaged the educational year of their children, but not obtained any herd immunity."