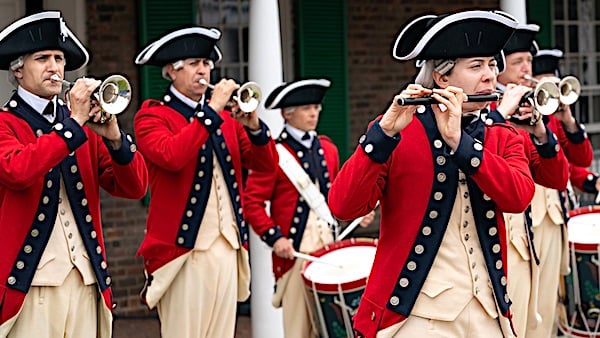 A non-U.S. citizen who lives in Oregon has revealed that the state allowed her to register to vote and didn't remove her from its rolls, even after she sought help from election officials.

The Gateway Pundit blog reported the woman, whose identity was not disclosed, said she is in the United States legally, having come as a child and married a citizen. But as a non-citizen, she is not eligible to vote.

"I just want to highlight to American citizens this does happen. I don't know why there's this blind belief that it cannot happen. It does happen, it happened to me," she said.

The Gateway Pundit pointed out that since "the advent of vote-by-mail, elections integrity activists have pointed out all the different ways that such a system could be compromised."

Democrats have dismissed such concerns as right-wing conspiracy theories, insisting non-citizens would be stricken from voter registries after thorough crosschecking.

But the woman said she began receiving ballots in the mail addressed to her after she changed her address with the Department of Motor Vehicles and the Postal Service.

She received her first ballot in 2016, and they continued through five elections. They likely wouldn't have stopped had she not taken the steps to cancel her voter registration, the report said.

"I started receiving local ballots first, and I ignored four of them, because I was still confused about it," she told the Gateway Pundit. "I thought that the state had to know better, if they were sending it to me, they probably knew that I could vote, they were inviting me to vote, that's what I kind of thought."

The report said the likely culprit is the state's motor voter law, which automatically registers anyone who makes certain transactions with the DMV.

"Democrats said that only citizens would be added to the voter registration database," the report said. However, "somehow, somewhere, perhaps by intent, there was no such mechanism that prevented the whistleblower from being registered."

The non-citizen tried to get help from election officials, but they wouldn't remove her from the rolls, demanding she fill out a special form.

The Gateway Pundit observed there is "no telling how many other non citizens are registered to vote in Oregon and have been receiving ballots."