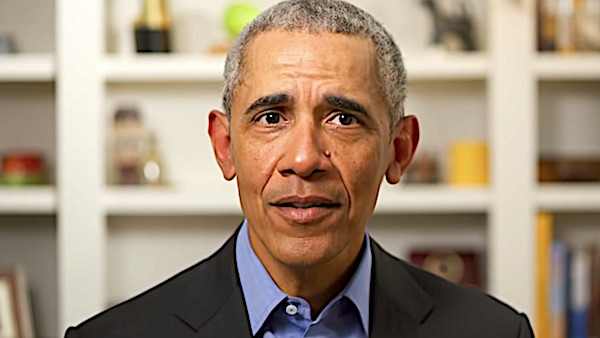 Amid the flurry of details about spying on Michael Flynn, lying to secret courts about Carter Page, leaking classified documents, and more, it’s easy to get lost in the muck. It’s important to stand back, identify the worst abuses, and explain why they matter for American democracy. These abuses didn’t simply follow each other; their targets, goals, and principal players overlapped. Taken together, they represent some of the gravest violations of constitutional norms and legal protections in American history. Whether you are Democrat or Republican, whether you like Donald Trump or loathe him, these violations matter.

Some call this debacle “Obamagate” since the key officials were his appointees and the White House was directly involved. But they got plenty of help. Some came from the permanent bureaucracy, especially in law enforcement and intelligence. Still more came from the mainstream media, which served as conduits for classified leaks aimed at Trump, his campaign, and then his presidency. For over three years, the media’s top story was “Trump colluded with Russia.” When that imploded after the Mueller Report, they moved on to impeachment.

The entrenched elites behind these scandals are the Swamp at its most sulfurous. They spied illegally on Americans and used powerful tools of government to damage the party-out-of-power, its outsider candidate, and then his new presidency. It’s worse than a single surveillance scandal. It’s three huge ones, intertwined. All were abuses of power. Some were crimes.

Scandal No. 1: Massive, illegal surveillance of American citizens, using the database of the National Security Agency

During the second term of President Obama, and perhaps earlier, private firms from outside the government were allowed to trawl through the massive NSA database of phone calls, emails, and text messages. Without any warrants, they spied on vast numbers of American citizens. The public still doesn’t know who did it, who authorized it, or how the metadata was used.

This illegal practice ended in summer 2016 when the agency’s head, Adm. Mike Rogers, learned about it. He stopped it immediately and reported it to the Rosemary Collyer, chief judge of the FISA (Foreign Intelligence Surveillance Act) Court. Judge Collyer issued a scathing, heavily redacted report about the illegal activity, but, so far, no one has been indicted.

Scandal No. 2: Spying on the Trump campaign

When NSA surveillance was halted, the Obama administration lost its secret eyes on domestic political activity and especially on the rising Trump campaign. To regain that vision, the CIA and FBI launched new surveillance efforts. Three elements stand out. First, the executive branch, then controlled by Democrats, was determined to spy on the opposition party. Second, much of the spying was conducted by agencies that are limited, by law, to foreign operations. Since their goal was actually domestic surveillance and since that was illegal, they apparently outsourced some of it to friendly foreign governments, who relayed the information back to Washington. Third, since the FBI wanted to spy on Trump aides who were not actually suspected of crimes, they couldn’t get regular warrants. To work around that, the FBI (under James Comey) and Department of Justice (under Loretta Lynch) falsely claimed the targets were foreign spies, making them eligible for FISA warrants. They also tried to entrap them (with help from CIA assets abroad), hoping they would commit illegal acts or say their colleagues had done so.

We know the FBI and CIA did all that, though we still don’t know all the details. We know, too, that the FBI and DoJ used opposition-party research and worthless gossip (the “Steele Dossier”) to gain the secret warrants on Carter Page. The second-ranking official in Comey’s FBI, Andrew McCabe, testified the warrants would never had been issued without the Steele material. Yet the FBI and DoJ never told the court it was unverified and never said who commissioned it.

Before the warrant was renewed, the FBI finally spoke with Steele’s main source, who told them the information was garbage. Instead of telling the court immediately, the bureau simply said the sub-source was truthful and falsely implied he backed Steele. This dunghill of deceit should lead to criminal indictments and major civil suits for damages.

Scandal No. 3: Covering up this spying, continuing it during the new administration, charging that Trump was not legitimately elected, and impeding his presidency with major investigations, based on false charges

After Trump was elected, top officials from the outgoing administration made two fundamental decisions. The first was to hide the earlier spying and continue it during the new presidency, using holdover officials and friendly bureaucrats. The second was to entangle the new administration in a series of sprawling investigations designed to prevent it from governing, even though Republicans had won the White House and both branches of Congress.

The Obama team did whatever it could to bring down the new administration, primarily with accusations Trump had won with Russia’s help. They went even further, saying Trump’s campaign had actively worked with the Kremlin. That’s treason. There was no evidence for it, but the mainstream media, led by the New York Times, Washington Post and all cable news channels except Fox, promoted it nonstop. The implication was clear: Because Trump was elected with help from a foreign enemy, he was not a legitimate president. This accusation has been the leitmotif of Democratic Party messaging and mainstream media coverage for the entire Trump presidency.

From the beginning, the Mueller team should have known, as the FBI did, that the charge of “Russian collusion” was false. Despite a massive, prolonged investigation, the Office of Special Counsel never charged any American (inside or outside the Trump campaign) with helping the Russians during the 2016 campaign. Yet the OSC continued its investigation, hiding exculpatory evidence, trying to catch Trump officials in false statements, and using strong-arm tactics to force confessions. The great prize would be nailing Trump himself. That failed, of course, but, as long as Mueller’s investigation continued, the thunderclouds of legal peril and a fraudulent election hung over the presidency.

The House Intelligence Committee knew the truth, early on, after conducting classified interviews with top Obama officials. The committee, controlled by Republicans in 2017-18, asked Obama’s senior officials in law enforcement, intelligence, and national security if they had any evidence the Trump campaign actually colluded with Russia. Every single one, testifying under oath, said they did not. In public, however, they said the exact opposite. Their false statements to the cameras carried weight because the public assumed, reasonably enough, that these former officials must have seen damning classified evidence. They hadn’t. Still, they spewed devastating anti-Trump messages the mainstream media was eager to broadcast. “Trump-Russia Collusion” was their biggest story for three years. And it wasn’t true.

The whole ruse would be exposed if the secret testimony were released. That’s why Democrats blocked it after they won the House. That’s why committee Chairman Adam Schiff could say, again and again, he had clear evidence Trump colluded with Russia. Similar messages came from Comey, former CIA head John Brennan, former Director of National Intelligence James Clapper, National Security Adviser Susan Rice, and others. Secretly, under oath, they acknowledged they had “no evidence of collusion, cooperation, or coordination.” Publicly, they said the opposite. Some called Trump a traitor, a Russian asset, or “Putin’s puppet.” All of them were media darlings. All of them were lying.

Conclusion: What do these three scandals mean, individually and collectively? The first, accessing the NSA database, is the largest violation of basic constitutional protections against illegal search and seizure in American history.

The second, surveillance of the Trump campaign, involves illegally using of the government’s most powerful tools of national intelligence and law enforcement against an opposition political party. These crimes directly attack two pillars of constitutional democracy: (1) elections should be free and fair, not corrupted by the party in power, and (2) law enforcement and intelligence should never be used as partisan instruments.

The third scandal attacks yet another pillar of constitutional democracy: the peaceful transfer of power to a new administration. Handing government authority to the opposition party is a hallmark of stable democracy. Much as the Obama administration hated to see Hillary Clinton lose, it was obliged to transfer power seamlessly to Donald Trump. On the surface it did so. Beneath the surface, it erected every obstacle it could.

Obama officials worked especially hard to remove incoming National Security Adviser Michael Flynn. Because Gen. Flynn was an experienced intelligence officer, he would surely uncover the surveillance of Trump’s campaign and transition and stop its continuation against the new administration. He had to go. Now we know just how low the Obama administration and Comey FBI sunk to make that happen: spying, unmasking, leaking classified phone calls, discarding FBI protocols to set up an entrapment interview based on a meaningless “legal violation,” and telling Trump directly, as Obama did, not to hire Flynn.

Beyond this destructive mission, Brennan loyalists at the CIA burrowed into Trump’s National Security Council while the FBI tried to plant agents in the White House itself. Most important of all, the Obama team and their congressional allies helped launch multiple, full-scale investigations of “Russian collusion” with no solid basis, plenty of contrived “evidence,” and breathless media headlines. It all failed, but not before it damaged Trump’s presidency and the basic tenets of liberal democracy.

It’s an ugly picture, one that goes beyond dirty tricks and the normal bounds of “loyal opposition.” We still have a lot to learn, but we already know a great deal. We know how grave the three scandals were. We know they fit together, forming something much larger. With each new tranche of declassified documents, we see something big and hideous emerging from the Swamp, a political scandal of profound import.

Charles Lipson is the Peter B. Ritzma Professor of Political Science Emeritus at the University of Chicago, where he founded the Program on International Politics, Economics, and Security. He can be reached at [email protected]