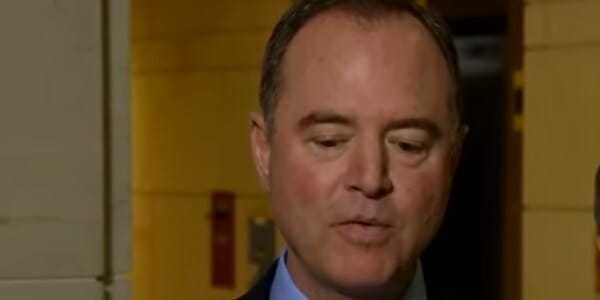 The intelligence community has cleared the way for the release of the transcripts of the congressional testimony of 53 people in the investigation of the now debunked Democrat allegation of Trump-Russia collusion.

And talk radio host Rush Limbaugh says they will show "there is no innocent Democrat."

"If we're talking about elected Democrats or consultants or campaign coordinators, whatever, in Washington, D.C.," he said Thursday.

The transcripts have been sealed by order of Rep. Adam Schiff, D-Calif., who for two years claimed he had secret evidence of Trump-Russia collusion.

But the 6,000 pages of testimonies, according to insiders, provide no support for the collusion claim. The special counsel probe of Robert Mueller also could not find sufficient evidence.

He had pleaded guilty to lying to investigators in the FBI's Russia investivation but later motioned to withdraw the plea, contending he had been set up. Last week, he was vindicated by newly unsealed evidence that FBI agents discussed getting him to lie so they could prosecute him.

"It is stuff that we have suspected for three years. It's stuff that, because I knew it, you knew it, for three years," he said. "There's breaking news. Guess what? Adam Schiff lied. Guess what? They're gonna release the transcripts, some of the persecutions that Schiff was running in his little basement hearings down there, and guess what? Adam Schiff has known all along there was no Russian collusion and did all that anyway.

Limbaugh pointed out: "The Obama administration was spying on the Trump campaign and then the Trump presidency, Trump administration. The dossier, the Steele dossier — bought and paid for by Hillary Clinton — wasted gosh knows how much money and launched a gazillion fake news stories on an absolutely lying, made-up premise that everybody involved in it knew was made up, that Trump had stolen the election by colluding with Russia.

"Robert Mueller conducted a witch hunt knowing there was no collusion with Russia. He spent two years looking for a crime because there wasn’t one to investigate. Adam Schiff lied to the country about this nonexistent collusion for years, and now there are transcripts from his hearings that Ric Grinnell, director of national intelligence, is threatening to release that show Schiff knowingly lied," he said.

He said the Democrats had only two goals: Get rid of Trump and reverse the 2016 election.