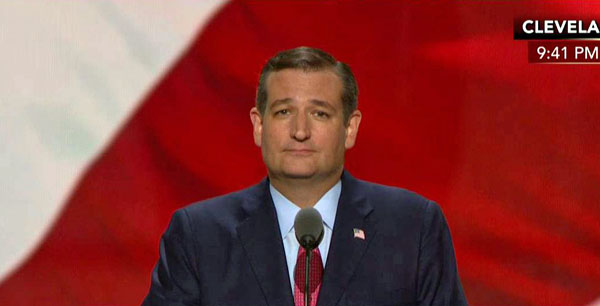 Just as Twitter is caught up in a controversy of its own making – its "fact-checking" of President Trump's tweets and his response that the company should lose its protections against lawsuits – another shoe has dropped.

Cruz has warned Twitter CEO Jack Dorsey of the possibility of "criminal liability and sanctions exposure for providing social media accounts to Iranian persons designated as Specially Designated Nationals by the Department of the Treasury's Office of Foreign Assets Control."

In a letter, the senator contends Twitter is in violation of the IEEPA. He explained that the president issued an order that "prohibits 'the making of any contribution or provision of … goods or services' to persons designated pursuant to that order."

But Twitter provides Ayatollah Ali Khamenei, the supreme leader of the Islamic Republic, and Javad Zarif, the nation's foreign minister, with accounts.

Cruz asked at the time for the company to comply with U.S. law by canceling the accounts of the Iranian leaders, his letter to Barr explained.

"To this day, Twitter continues to provide services to these covered individuals, and, in an April 3, 2020, response letter … attempted to justify this decision with two untenable arguments," Cruz wrote.

The letter to Barr notes that Twitter claims its "corporate values" require it to give the Iranian officials an account. The company's objective, Cruz said, is "to elevate and amplify authoritative health information as far as possible."

But Iran bans its own citizens from Twitter, and Khamenei and Zarif have used their accounts to post "anti-American disinformation," not "authoritative health information," Cruz argued.

And Twitter "incorrectly" claims it is exempt from certain provisions of the law.

"When a company willfully and openly violates the law after receiving formal notice that it is unlawfully supporting designated individuals, the federal government should take action," Cruz wrote, citing the law's potential of $1 million fines.

The Washington Examiner said that with Twitter "engulfed in a political firestorm, Sen. Ted Cruz added fuel to the blaze."

A previous letter to Dorsey about the issue said, "While the First Amendment protects the free speech rights of Americans — and Twitter should not be censoring the political speech of Americans — the Ayatollah enjoys zero protection from the United States Bill of Rights."

Cuomo: 'We have to' knock on doors, put people in cars and drive them to get COVID vaccine