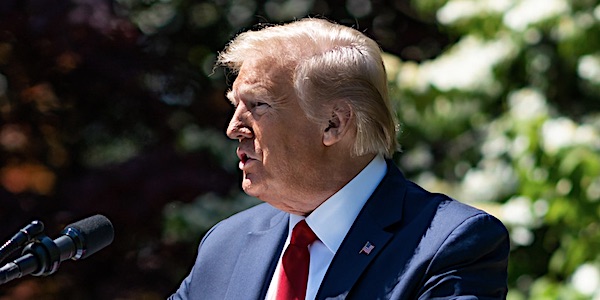 Democrats have been trying to undermine Donald Trump since the 2016 election, with claims of Russia collusion and a partisan impeachment that died in the Senate.

Fox News reports the Republican-led Senate Judiciary Committee will summon top Obama officials to testify what they know about the origins of the Trump-Russia investigation.

Fox's source said investigators are looking at layers of actions, "and you have to be able to tell the story of exactly what was going on, and who was doing what, when, and why."

Last week, following the release of evidence confirming Michael Flynn's claim that he was framed by the FBI, the Justice Department dropped the case against the former national security adviser.

On Tuesday, Fox News cited a source saying Director of National Intelligence Richard Grenell is preparing to release a list of names of Obama administration officials who "unmasked" American citizens incidentally caught up in surveillance.

One focus of the Senate hearings apparently will be a Jan. 5, 2017, meeting in the Oval Office involving Yates, Brennan, Clapper, Comey, then-National Security Adviser Susan Rice, Joe Biden and Obama.

It was about that meeting that Rice, just before she left office upon Trump's inauguration, sent to herself an email memorializing that Obama insisted everything should be done "by the book."

"The president of the United States turned to the head of the FBI, the most powerful law enforcement official in America, and said, 'Continue to secretly investigate my chief political rival so that I can act against him.' [Then-FBI Director James] Comey's response? 'Yes, sir,'" Carlson said. "That's what Obama was saying, openly.

"In any normal period in American history, this exchange would define Barack Obama forever," Carlson continued. "Obama would be known as the disgraced former president who used federal law enforcement to hurt his political enemies. That's what he did. Unfortunately, this is not a normal period."

He charged Obama had a plan to "derail his successor" and had very little opposition to it.

"Ever since Republicans first began discovering questionable activities by the FBI and the Justice Department in the Trump-Russia investigation ... they were asking the question, 'What did President Obama know?'" he said.

"He starts talking, the president does, about the wiretap of Michael Flynn and what was heard," York explained. "We know right there that the president was talking about the Flynn case and we don't know what else.

"It was pretty much the last thing Susan Rice ever did in the Obama administration. She's writing about it and she is stressing ... it doesn't say what they did but it was 'completely by the book,' which indicates that there was some possibility of doing things not by the book and she wanted to make sure everybody knew that President Obama did it 'by the book.'"

Fox News host Sean Hannity said there are "deep state" participants who should be worried.

"Many current and former officials, they have reason to be worried. My sources [are] telling me tonight that some of them have now lawyered up with the biggest names and most expensive lawyers in Washington, D.C."

Former independent counsel Kenneth Starr said on the "Ingraham Angle" that Obama himself should be very concerned.

Starr added that the DOJ's motion to drop the Flynn case opens Obama up to public questioning about his role.

"The motion to dismiss the General Flynn indictment I think is very, very troubling for President Obama. He has now, I believe, with all due respect, opened himself up to some of the most serious questions over the last four years," Starr said.

She said it appears as though "a whole bunch of people," including Obama, Biden and Rice, are "acting as though they are very, very nervous."