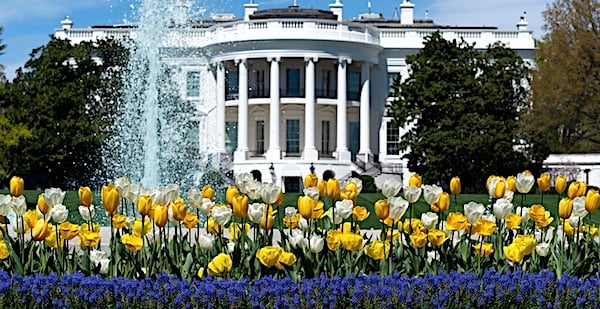 Three members of the White House coronavirus task force are self-quarantining amid fear that the virus is spreading through the West Wing.

Fauci, 79, will work from home, the report said, and will be tested periodically.

April Ryan, White House correspondent for American Urban Radio Networks, wrote Sunday on Twitter, "I'm hearing on good authority that #coronavirus is more rampant in the #WhiteHouse than the public is being told."

Ryan, who frequently clashes with Trump during White House news conferences, said a "very high-ranking individual may have also been impacted."

The Guardian of London reported Trump was "spooked" after Miller was diagnosed.

Kevin Hassett, an economic adviser to the president, said: "I think that I’d be a lot safer if I was sitting at home than I would be going to the West Wing. It’s a crowded place. It’s, you know, it’s a little bit risky. But you have to do it because you have to serve your country."

Trump, Pence and every staff member in close proximity to them will be tested daily for the virus, White House spokesman Judd Deere said Sunday.

The spokesman said White House guests also will be tested, workspaces will be cleansed regularly and staff will undergo daily temperature checks.

Also, a personal assistant to Trump’s daughter, Ivanka Trump, has tested positive, the report said. And at least 11 U.S. Secret Service members were reported to be infected.