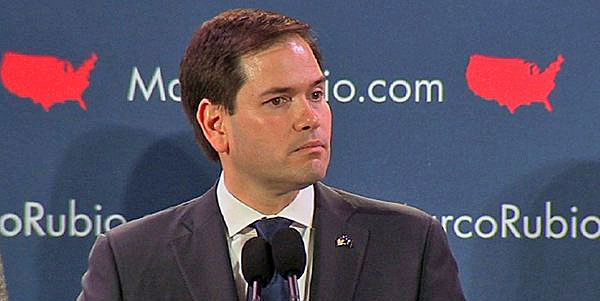 U.S. Sen. Marco Rubio, R-Fla., warned Tuesday that Twitter might lose its liability protection as a "forum" for opinions and be treated as a publisher if it continues to exercise "editorial control."

"The law still protects social media companies like @Twitter because they are considered forums not publishers. But if they have now decided to exercise an editorial role like a publisher then they should no longer be shielded from liability & treated as publishers under the law," the senator said.

But if they have now decided to exercise an editorial role like a publisher then they should no longer be shielded from liability & treated as publishers under the law.

Rubio was responding to Twitter's placement of a corrective "get the facts" alert under a series of tweets by President Trump in which he warned of the potential for vote fraud in mail-in balloting.

Talk-radio host Rush Limbaugh explained Rubio essentially is informing Twitter that "actually having a fact-checker and then standing behind whatever the fact-checker says ... turns Twitter into something that is not."

"He says that it’s turning Twitter into publishers," Limbaugh noted. "It’s an empty vessel, and its users are who fill it with content. Once they start adding content like this by putting fact-checkers in and then backing the fact-checkers, then they have abandoned this legal position that protects them from liability."

Limbaugh asked: "Where were the fact-checkers when Adam Schiff and Jerry Nadler and John Brennan and James Clapper and James Comey were claiming to have proof that Trump colluded with Russia, and they were tweeting it day in and day out?"

Newly released documents show critics of President Trump knew there was no evidence of Trump-Russia collusion while declaring the opposite in TV interviews.

The Washington Examiner described Rubio's comments as "a warning shot at Twitter."

"@Twitter is now interfering in the 2020 Presidential Election," he wrote. "They are saying my statement on Mail-In Ballots, which will lead to massive corruption and fraud, is incorrect, based on fact-checking by Fake News CNN and the Amazon Washington Post. Twitter is completely stifling FREE SPEECH, and I, as president, will not allow it to happen!"