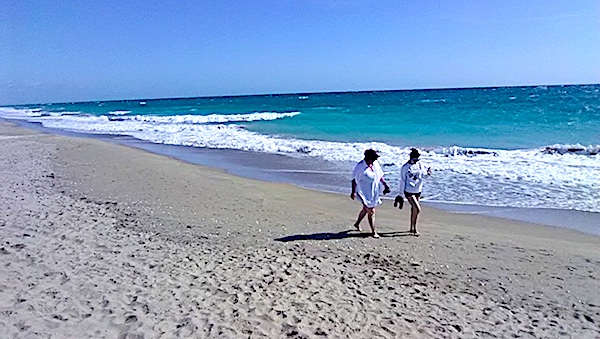 Florida Gov. Ron DeSantis unloaded on members of the news media Wednesday for their erroneous predictions about the spread of the deadly coronavirus in the Sunshine State.

"You've got a lot of people in your profession [journalists] who waxed poetically for weeks and weeks, about how Florida was going to be just like New York. 'Wait two weeks, Florida's going to be next;' 'Just like Italy, wait two weeks.' Well hell, we're eight weeks away from that, and it hasn't happened," DeSantis, a Republican, told reporters in Orlando, as Vice President Mike Pence stood next to him.

"I was the No. 1 landing spot from tens of thousands of people leaving the No. 1 hot zone in the world to come to my state," he continued. 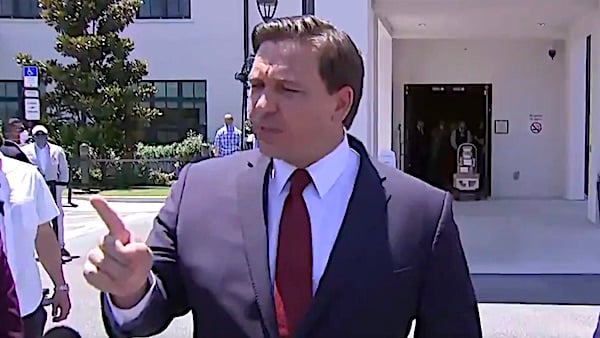 The governor explained Florida's coronavirus death rate was lower than numerous states on the Eastern Seaboard and the Midwest, with 2,096 confirmed deaths out of some 47,000 cases as of Wednesday. Many news analysts had predicted a catastrophe for the Sunshine State if businesses reopened too soon, but that catastrophe has not materialized.

"So we've succeeded," DeSantis said, "and I think that people just don't want to recognize it because it challenges their narrative, it challenges their assumption, also they gotta try to find a boogeyman. Maybe it's that there are black helicopters circling the Department of Health. If you believe that, I've got a bridge in Brooklyn I'd like to sell you."

DeSantis blamed leftists in the media for trying to put his state's data collection and display in a bad light.

"Dr. [Deborah] Birx [of the Coronavirus Task Force] has talked multiple times about how Florida has the absolute best data," DeSantis explained. "So any insinuation otherwise is just typical partisan narrative trying to be spun."

Have the national media been reporting fairly and accurately on the coronavirus pandemic?
2% (7 Votes)
98% (288 Votes)

"You've got a lot of people in your profession who waxed poetically for weeks and weeks about how Florida was going to be just like NY."https://t.co/jTzJmKk8X0 pic.twitter.com/1sGw3Z1P3V

DeSantis also addressed the case of Rebekah Jones, who helped manage Florida's COVID-19 dashboard and claims she was fired for being too transparent.

Jones said in her email to the state health department: "As a word of caution, I would not expect the new team to continue the same level of accessibility and transparency that I made central to the process during the first two months. After all, my commitment to both is largely (arguably entirely) the reason I am no longer managing it."

"One, she's not a data scientist. She's somebody that's got a degree in journalism, communication and geography," DeSantis said. "She's not involved in collating any data, she does not have the expertise to do that. She is not an epidemiologist."

"What she was doing is she was putting data on the portal which the scientists didn't believe was valid data," he added. "So she didn't listen to the people who were her superiors, she had many people above her in the chain of command."

"Come to find out, she's also under active criminal charges in the State of Florida. She's being charged with cyberstalking and cyber sexual harassment," DeSantis said. "I've asked the Department of Health to explain to me how someone would be allowed to be charged with that and continue on because this was many months ago. I have a zero-tolerance policy for sexual harassment."

WFLA-TV in Tampa reported it obtained court records showing "Jones was arrested by the Tallahassee Police Department in July 2019 just weeks after she filed a suit against an ex."