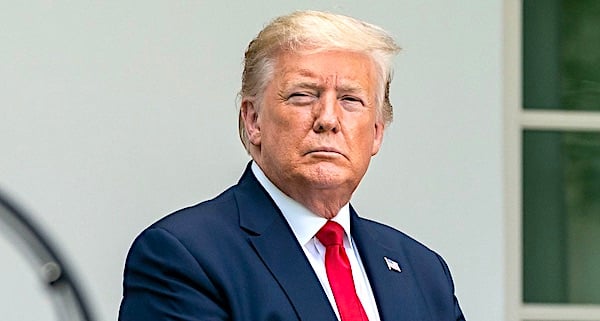 Without presenting any evidence, veteran New York Times economic columnist Paul Krugman suggested Friday that President Trump may have falsified the favorable jobs report that surprised analysts and bouyed the president's spirits amid the dual crises of the coronavirus shutdown and racial unrest.

"This being the Trump era, you can't completely discount the possibility that they've gotten to the [Bureau of Labor Statistics]," Krugman said in a tweet Friday morning reported by the Washington Free Beacon. "But it's much more likely that the models used to produce these numbers — they aren't really raw data — have gone haywire in a time of pandemic."

The bureau's May jobs report was expected to show a 19.8% unemployment rate. Instead, the rate was 13.3%, a drop from April's 14.4%, which was the worst since the Great Depression.

The Free Beacon reported Jason Furman, who was chairman of the Council of Economic Advisers during the Obama administration, replied to Krugman's charge on Twitter.

BLS has 2,400 career staff of enormous integrity and one political appointee with no scope to change this number. https://t.co/Cden6rQyN6

Trump held a news conference Friday morning on the decline in unemployment as the economy begins to recover from coronavirus shutdowns.

"They thought the number would be a loss of 9 million jobs, and it was a gain of almost 3 million jobs," Trump said.

"This leads us on to a long period of growth. We'll go back to having the greatest economy anywhere in the world ... and I think we're going to have a very good upcoming few months."

Meanwhile, the Washington Post was blasted on social media for a tweet sent moments after the labor report was released falsely claiming the May U.S. unemployment rate was nearly 20%.

"Grim milestone to be reached as May unemployment rate nears 20 percent,” the Post wrote in a now-deleted tweet."

The Labor Department said the addition of 2.5 million jobs in May was the biggest increase on record.