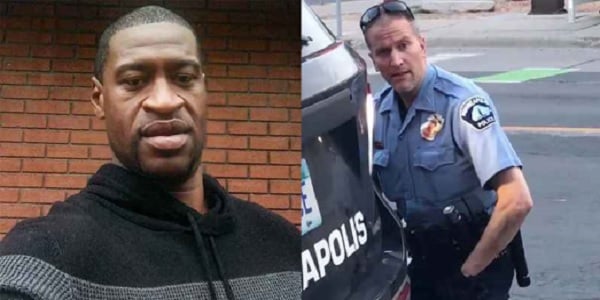 When it was first reported that Minneapolis police officer Derek Chauvin and the man he's charged with killing, George Floyd, both worked security at a nightclub, it was unclear whether or not they knew each other.

Now, a man who says he worked with them at the El Nuevo Rodeo club says they not only knew each other, they had a history of friction.

David Pinney said in an interview with CBS News that the two men had "bumped heads."

"It has a lot to do with Derek being extremely aggressive within the club with some of the patrons, which was an issue," Pinney explained.

CBS News reported the Floyd family believes that the arrest May 25 that resulted in Floyd's death was in part personal.

Their lawyer wants the second-degree murder charge against Chauvin to be upgraded to first-degree murder "because we believe he knew who George Floyd was."

CBS News asked Pinney, "Is there any doubt in your mind that Derek Chauvin knew George Floyd?"

"No. He knew him," the coworker said.

Was there personal animosity between Chauvin and Floyd before the fatal confrontation?
89% (156 Votes)
11% (19 Votes)

"How well did he know him?" CBS News asked.

Speaking to CBS News for the upcoming special "Justice for All," she said that for 17 years she had been paying Chauvin, when he was off-duty, to sit in his squad car outside.

Floyd worked as a security guard inside the club frequently in the last year, Santamaria said.

They both worked on Tuesday nights, she said, when the club had a popular weekly dance competition.