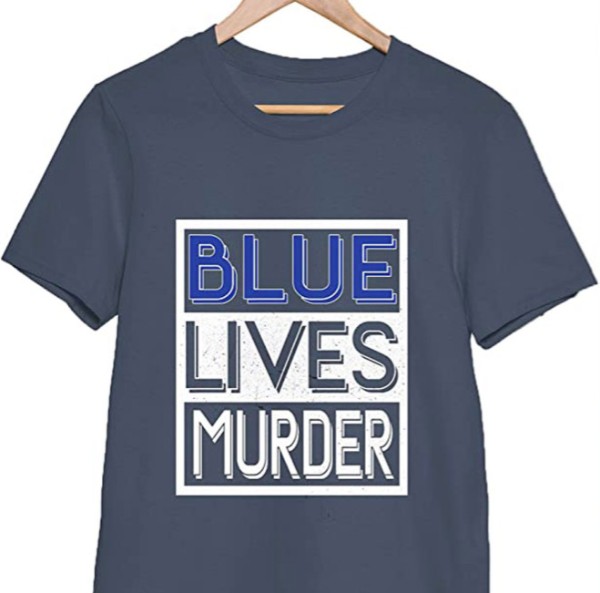 Amazon sold T-shirts with the message "Blue Lives Murder," referring to police, before complying with the demand of Blue Lives Matter NYC that the product be removed from the retail giant's site.

The New York Post reported Monday the shirts manufactured by the company COTINAC were sold for $19.99 plus shipping.

The Amazon sales page became inactive after the Post published its story.

But shirts with the same message and others, such as "Cuts of Pig" and "Slap Your Local Racist," continue to be sold on many other websites.

The founder of the pro-police group, Sgt. Joe Imperatrice, said he understands the anger over the death of George Floyd in Minneapolis. But he argued the shirts only fueled the resentment against law enforcement officers.

"It shows that [Amazon is] bending over backwards for this movement like many other companies are. That’s not OK," Imperatrice said, according to the Post.

"People can't be making shirts up, turning people against [cops]. It's going to cost somebody, more than likely a police officer, their life."

Imperatrice called on Amazon to immediately stop selling the shirt, which makes people "believe it's OK to have this mentality."

The Post reported a review of the product on the Amazon page, before it was removed, called the shirt "disgusting" and said it "promotes, incites and glorifies hatred."

Imperatrice said officers are "taking abuse more than ... the likes of any generation."

Shirts with the same slogan are still sold on many other websites, including the site of America Hates Us, which describes itself as "a contemporary lifestyle brand that reflects the current landscape of politics, health & socioeconomics."

The sales pages feature a quote from activist Dominique Christina.

"Without the truth, they get to disappear us, they get to stop us about a tail light and then shoot us in the back, plant evidence and claim we threatened their lives; they get to arrest us because we made eye contact with them, beat us, hogtie us, and then throw us into a police van on our stomachs, unbelted, handcuffed and bruised to be thrashed against a metal partition until our spine is severed."

Another anti-police shirt, "Guide to Police Work: Cuts of Pig," has an image of a pig with individual cuts labeled with words such as "Theft," "Bribery" and "Excessive Force."

Another message is "Slap Your Local Racist," which likens supporters of President Trump to members of the Ku Klux Klan.

A hat, which is sold out, features an American flag with a flame on it.

The sales page features a poem that concludes, "I burn any flag that promotes flag fetishism and pep-rally nationalism that forestalls a global alliance for peace and ecological sanity."