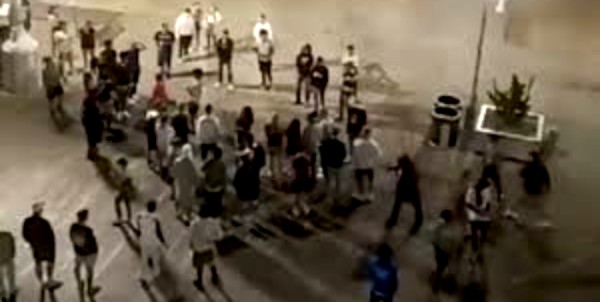 Police in Ocean City, Maryland, are probing what media are describing as a "large brawl" on the ocean boardwalk.

But video obtained by a Washington, D.C., Fox affiliate shows the June 9 incident was a "brutal beating" that could have killed a white child in an apparently racially motivated incident, reported the Gateway Pundit blog.

The video shows the child was knocked out and the mob continued to beat him. At least one person stomped on the boy.

Police also are investigating several other violent incidents that happened June 9 in the resort town on the boardwalk and the beach.

"We are living through difficult times not just in Ocean City, but in communities throughout the nation," Buzzuro said. "June in particular has presented our town with the perfect storm of challenges."

He said his department will step up its patrols and put more officers on the Boardwalk and throughout the town.

"Something must be done now to stop these criminals from coming to Ocean City," James said. "Their behavior is unacceptable and unwanted."

The police department has asked for help from the public in identifying the individuals involved in the incidents.

"The past few days have been extremely difficult for our community and our police department," he said. "The safety of our residents and visitors remains our number one priority."

"This behavior has no place in Ocean City and violence like this will not be tolerated," he said. "The Town and the OCPD are working immediately on addressing this disturbing behavior."