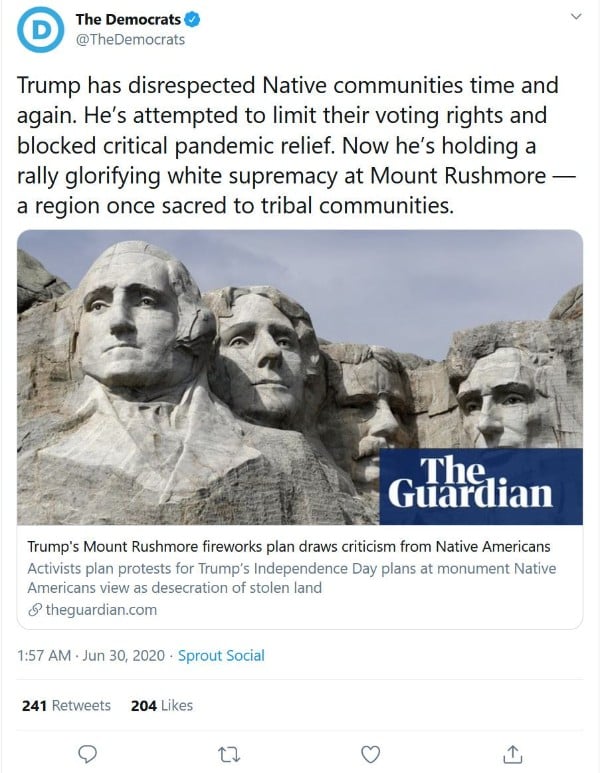 The Democratic National Committee sent out a tweet that characterized President Trump's planned Independence Day celebration at Mount Rushmore as an effort to glorify white supremacy.

The DNC deleted the tweet, but it was captured by an internet archive site.

"Trump has disrespected Native communities time and again," the message began, linking to a report from the Guardian newspaper of London citing Native American activists.

The Guardian story described the Independence Day event as a "showy display" featuring fireworks and fighter jets that was "drawing sharp criticism from Native Americans who view the monument as a desecration of land violently stolen from them and used to pay homage to leaders hostile to native people."

The report said Native American activists "say the Rushmore memorial is as reprehensible as the many Confederate monuments being toppled around the nation."

"Mount Rushmore is a symbol of white supremacy, of structural racism that's still alive and well in society today," said Nick Tilsen, a member of the Oglala Lakota tribe and the president of a local activist organization called NDN Collective.