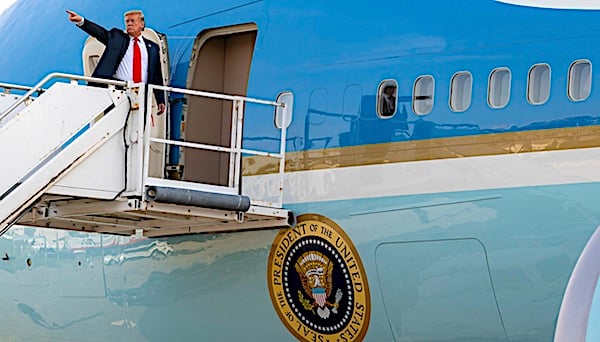 Twitter flags tweets by Republicans that "glorify violence" while ignoring others, such as a tweet that said "burning things works," according to an analysis by Just the News.

As riots were erupting in Minneapolis and other cities in reaction to the death of George Floyd, Trump said on Twitter: "These THUGS are dishonoring the memory of George Floyd, and I won't let that happen. Just spoke to Governor Tim Walz and told him that the Military is with him all the way. Any difficulty and we will assume control but, when the looting starts, the shooting starts."

Nor was any action taken when former NFL quarterback Colin Kaepernick said, "When civility leads to death, revolting is the only logical reaction."

He added: "The cries for peace will rain down, and when they do, they will land on deaf ears, because your violence has brought this resistance. We have the right to fight back!"

Nor did Twitter flag a tweet by Jacobin Magazine, a socialist publication, that shared an article called "When Rioting Works," which said violent property destruction "can be effective in winnig social change."

Is Twitter guilty of supporting speech of those on the political left while suppressing those on the right?
100% (17 Votes)
0% (0 Votes)

"Yet Twitter in recent weeks is indicating that it intends to increase regulation of at least some types of tweets: It has flagged several posts from prominent Republican politicians — including President Donald Trump — and claimed that their messages violate its terms of service regarding the 'glorification of violence.'"

However, Twitter "accords far more leeway to violent rhetoric from non-Republicans," it found.

"A martial response to civic destruction is not, on its face, a 'violent crime,' nor are looters themselves part of a 'protected group.' Twitter itself does not offer any explanation as to what part of Trump's tweet specifically triggered the violation, so users are left to guess."

Rep. Matt Gaetz, R-Fla., whose own tweet about hunting down terrorists also was flagged by Twitter, told Just the News: "The double standard exhibited by these tech giants is staggering. Twitter targets users like President Trump and myself when we promote the America First view that people should be held accountable for their violent actions but allow accounts espousing Antifa’s violent propaganda to remain online.

"We need to bring an end to this unacceptable hypocrisy by reforming the laws that give entities like Twitter so much protection," he said.

The analysis pointed out that Twitter even allows tweets by Ali Khamenei, the supreme leader of Iran, whose statements are "dripping with violence, both implied and explicit."