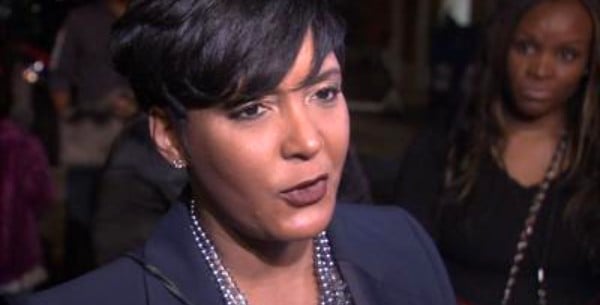 The Atlanta Police Department denied Thursday that police were not responding to calls in reaction to the charges Wednesday against two officers in the death of a 27-year-old black man who resisted arrest.

However, a police union director confirmed CNN sources saying some officers were refusing to leave their precincts unless a fellow police officer required backup and others were calling in sick.

Atlanta Mayor Keisha Lance Bottoms, regarded as a possible running mate for Joe Biden, told CNN's Chris Cuomo Wednesday night that the city has shown its commitment to the officers through a pay raise, and "we expect that our officers will keep their commitment to our communities."

She acknowledged, however, that police morale is down tenfold.

The Atlanta Police Department said in its statement Thursday that reports of multiple officers from each zone walking off the job were inaccurate. The department admitted the number of officer absences late Wednesday and early Thursday above normal but insisted it was not related to the charges in the Brooks case.

The department said via Twitter it was "experiencing a higher than usual number of call outs with the incoming shift."

"We have enough resources to maintain operations & remain able to respond to incidents."

However, Vince Champion, the southeast regional director of the International Brother of Police Officers, said he received calls throughout the night saying officers were calling out and walking off their shifts, emphasizing they were "just fed up."

"I mean, their mayor has come out and said everything that they used to do with use of force is not valid -- 'Don't do it' -- so I don't know how we defend ourselves when people want to fight us," he said.

Champion said the union had no knowledge of the officers' actions ahead of time.

The officer wrote, according to Deace: "Atlanta police officers are refusing to answer the radio and walking off of the job. The county can go screw themselves. If you want a society without police we'll give you one. Let it burn!"