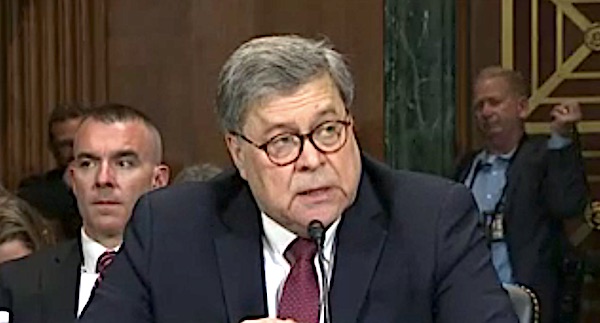 Attorney General William Barr said Thursday that the Department of Justice is conducting about 500 investigations into acts of arson and destruction associated with the protests and riots over the past several weeks.

The DOJ is ramping up investigations into the activists who participated in destruction of private and public property over the last several weeks, Barr said during an episode of the Verdict podcast with Republican Sen. Ted Cruz of Texas.

“We’ve had scores of indictments so far for such things as arson, destruction of federal property,” Barr said, adding that the DOJ is going full bore on a probe. “We have right now about 500 investigations underway, so it’s picking up pace. We are committed to holding accountable the people who engaged in this.”

He added: “State and local are not doing their jobs.”

Activists began demonstrating shortly after the death of George Floyd, a black man who died May 25 after a former Minneapolis police officer Derek Chauvin knelt on his neck for nearly 9 minutes, according to video of the incident. Chauvin was immediately fired and faces second-degree murder and manslaughter charges.
“Defund the police” became a common slogan among protesters and left-wing figures as the demonstrations continued. The Minneapolis City Council voted on June 12 to “dismantle” the city police department as a way to solve what activists believe is rampant police brutality.

Barr called the ongoing violence “domestic terrorism” in a press statement in May.

“[T]he voices of peaceful and legitimate protests” have become “hijacked by violent and radical elements” consisting of “outside radicals and agitators” who are “exploiting the situation to pursue their own separate, violent, and extremist agenda,” the Republican attorney general said in the May 31 statement.

“It is time to stop watching the violence and to confront and stop it,” the statement read. “The continued violence and destruction of property endangers the lives and livelihoods of others, and interferes with the rights of peaceful protestors, as well as all other citizens.”