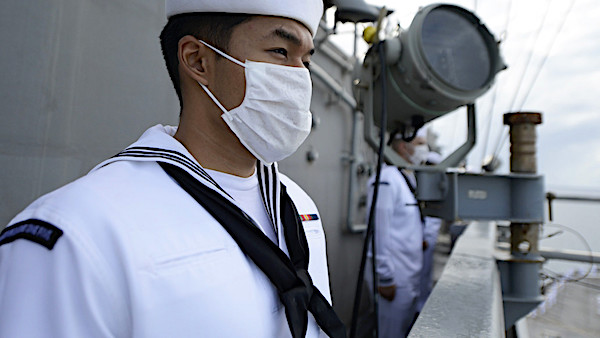 Authorities in Beijing adopted a series of draconian containment measures after China’s capital confirmed another coronavirus outbreak, the third such outbreak in the country since May, reports Sunday show.

The reported cases were all linked to Xinfadi, a meat and vegetable wholesale market that supplies most of Beijing’s fruit and vegetables, officials said. They discovered the linkage to the market Thursday.

Officials believe coronavirus, or COVID-19, originated in Wuhan, China, before spreading globally, killing a reported 115,000 people in the United States.

One Fengtai official likened the lockdowns to wartime-like measures during a press conference Saturday, TheWSJ reported. Such measures include travel restrictions, lockdowns and the mass mobilization of watchdog committees to monitor citizen’s whereabouts.

A new cluster was discovered in Wuhan in late May, prompting officials to tested more than nine million of the city’s residents in 10 days. Another cluster discovered that month resulted in the reintroduction of draconian lockdown measures in a city in the northeastern province of Jilin.

Most of Xinfadi’s 10,000 workers underwent testing as of Sunday, local health authorities said, TheWSJ reported. The Fengtai district performed almost 11 000 tests in total and planned to screen 46,000 people who live near the market, according to the report, citing officials.

Meanwhile, U.S. officials believe China is downplaying the number of coronavirus cases and deaths in the country.

The intelligence community reportedly sent a report to the Trump administration in April explaining how Beijing consistently under-reports the number of coronavirus cases. Coronavirus task force member Dr. Deborah Birx, for her part, criticized China for not providing the rest of the world with timely data.