A short-lived charity established by Joe Biden after his vice presidency spent most of its money on salaries for Biden associates and very little on cancer research.

The Washington Free Beacon researched the spending for two years of the Biden Cancer Initiative.

Biden formed the charity to continue the work of the Cancer Moonshot program, established by Barack Obama to help accelerate cancer research.

But the Free Beacon found it spent little to eradicate cancer.

Most of the $4.8 million given to the organization in 2018 and 2019 went toward staff compensation and six-figure salaries for top executives, the report said.

About 65% of the money went to paying top executives "lavishly."

That is well above the 25% charity watchdogs recommend nonprofits spend on administrative overhead and fundraising costs combined, the report said.

Of the total given to the group, more than $3 million went to salaries, compensation and benefits.

The other $1.7 million covered all other expenses, including more than $740,000 for conferences, conventions and meetings.

"It did not cut a single grant to any other group or foundation during its two-year run," the report said.

The Beacon noted it's a symptom of a larger issue.

"The Biden cancer group's financial disclosures may raise new questions about whether the presumptive Democratic presidential nominee allowed associates to profit off their access to him. Before going on to receive six-figure salaries from the Biden Cancer Initiative, Simon and the initiative's vice president, Danielle Carnival, previously worked for the Obama administration's Cancer Moonshot program. Biden's son Hunter received $50,000 a month to sit on the board of Ukrainian energy company Burisma despite an apparent lack of qualifications. James Biden, Joe Biden's brother, joined a construction firm in 2010 that later won a $1.5 billion contract to build homes in Iraq while Biden oversaw Iraq policy. Biden's presidential campaign has been plagued with questions about Hunter's and James's financial activities."

Biden stepped away from the initiative and his other nonprofits shortly before entering the presidential race to avoid conflicts of interest.

WND previously reported the pattern of Biden's family members and associates cashing in on his political status.

Peter Schweizer, in his book "Profiles in Corruption: Abuse of Power by America's Progressive Elite," presented evidence that five members of Biden's family have been enriched by their name.

"The ship really came in as far as these financial deals when he was vice president," said Schweizer in an interview on the Fox News Channel's "Hannity."

Hunter Biden's profiting from a Ukrainian firm while his father was President Obama's point man for Ukraine policy was at the center of the impeachment charges against President Trump. And Hunter Biden also has been under scrutiny for the $1.5 billion deal his company obtained from a Chinese-government-owned firm shortly after a trip to Beijing on Air Force Two with his father, who also was in charge of U.S. policy in China.

Schweizer brought the apparent conflicts of interest to light in his previous book "Secret Empires: How the American Political Class Hides Corruption and Enriches Family and Friends."

In "Profiles in Corruption," he presents evidence that Joe Biden's son-in-law Howard, brothers James and Frank, and sister Valerie also cashed in on the vice presidency.

Biden "emerges as the king of the sweetheart deal, with no less than five family members benefiting from his largesse, favorable access and powerful position for commercial gain."

His evidence, he says, refutes the claim Joe Biden made when the subject came up in 2019.

Schweizer reacted: "As we will see, this is far from the case."

Sometimes the visits, Schweizer writes in his book, "dovetailed with his overseas business dealings, and his commercial opportunities flourished during his brother’s tenure as vice president."

"James appeared to have little or no background in housing construction, but that did not seem to matter to HillStone," Schweizer notes. 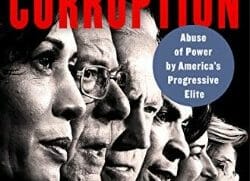 James Biden joined HillStone just as the firm was starting negotiations to win a massive contract in war-torn Iraq. Six months after James was hired, the firm announced a contract generating $1.5 billion over three years to build 100,000 homes in Iraq. HillStone also received a $22 million federal government contract to manage a construction project for the State Department.

Vice President Joe Biden's March 2009 trip to Costa Rica for a one-on-one visit with President Oscar Arias "came at a fortuitous time for his brother Frank, who was busy working deals in the country," Schweizer writes. 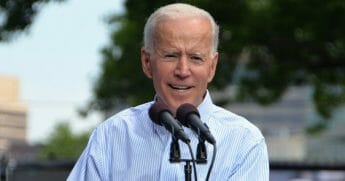 "The Costa Rican government was eager to cooperate with the vice president’s brother," Schweizer writes. "As it happened, Joe Biden had been asked by President Obama to act as the administration’s point man in Latin America and the Caribbean."

"After Joe Biden brought together leaders for CESI, brother Frank's firm Sun Fund Americas announced that it was 'engaged in projects and is in negotiations with governments of other countries in the [Caribbean] region for both its Solar and Waste to Energy development services,'" Schweizer writes.

"But she was also a senior partner in a political messaging firm named Joe Slade White & Company; the only two executives listed at the firm were Joe Slade White and Valerie," he writes.