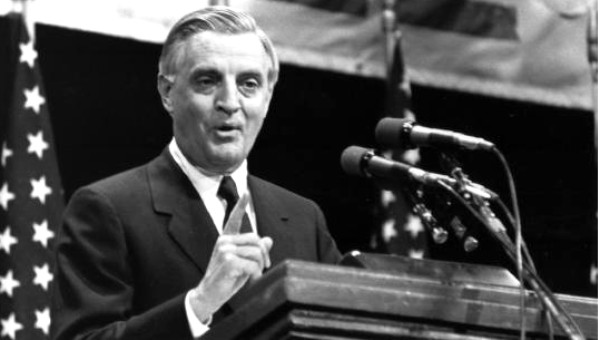 In what became a seminal moment in the 1984 presidential election, a Democratic former vice president running against a tax-cutting Republican incumbent vowed to the American people that, if elected, he would raise their taxes.

It didn't turn out well for Walter Mondale, who won a mere 13 electoral votes while President Ronald Reagan took 525.

Did former Vice President Joe Biden have his Mondale moment on Monday, telling potential donors he would end most of President Trump's multitrillion-dollar tax cuts, even though "a lot of you may not like that"?

At the virtual event, which raised at least $2 million, Biden vowed to strengthen the middle class and make sweeping investments in clean energy and infrastructure, CNBC reported.

"Folks, this is going to be really hard work and Donald Trump has made it much harder to foot the bill," Biden said.

He said that prior to the coronavirus lockdown, Trump's "irresponsible sugar-high tax cuts had already pushed us into a trillion-dollar deficit."