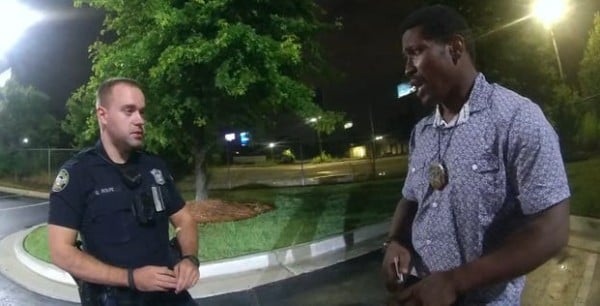 Felony murder, possibly leading to the death penalty, is among 11 charges filed against one of the Atlanta police officers involved in the June 12 death of Rayshard Brooks in a Wendy's parking lot.

"We've concluded, at the time Mr. Brooks was shot, that he did not pose an immediate threat of death or serious physical injury to the officer or officers," Fulton County District Attorney Paul Howard Jr. said at a news conference Wednesday.

Garrett Rolfe was fired while fellow officer Devin Brosnan has been reassigned. Brosnan faces three charges, including aggravated assault. Rolfe also was charged with aggravated assault, with some charges connected with a stray bullet that struck a bystander's occupied vehicle.

Howard said Brosnan has agreed to testify against Rolfe. 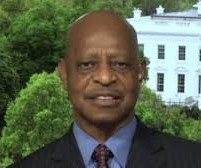 He argued in a segment Wednesday with Fox News' Neil Cavuto that if deadly force is being used against an officer, the officer has a right to use deadly force, according to Georgia law.

"Everything was beautiful and peaceful and calm up until the time that they got ready to arrest this man," said Williams, who currently is a criminal attorney.

Brooks had fallen asleep in his car in the drive-thru lane at the fast-food restaurant when the officers contacted him. He allegedly failed a sobriety test, and after some 40 minutes of questioning is shown on video resisting being handcuffed. Brooks struggled with the officers then grabbed one of their Tasers and ran. The video shows Brooks turning back to the officers and shooting at them before he was shot by Rolfe with a service weapon. 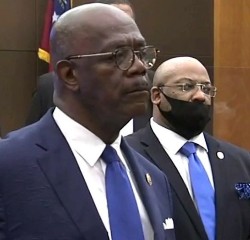 Williams said he believes the officers will not be found guilty because Brooks fired the Taser at them.

"And let me just say something," he said. "I've heard all this crap about a Taser is not a deadly weapon. As a lawyer, I can tell you I have represented two people against police officers who have used Tasers, and those two people I represented died. They died as the result of being Tased."

Williams said that what also troubles him about the "overcharging" by the DA was the underlying charge of aggravated assault based on one of Rolfe's shots striking a car near bystanders. That appeared to be inadvertent, but the charge implies an intent to injure the bystanders.

"What I'm upset about here is I want to see justice, but what we are watching here today ... is not justice," Williams said.

"I don't give a damn about this white-black situation. These are human beings," he said. "I can tell you, this case is going to have a far-reaching adverse affect on the morale of officers in that police department."

Cavuto also interviewed Detroit Police Chief James Craig, who urged the public to reserve judgment because there is considerable evidence to evaluate. But he said the quick decision to file charges will have a "demoralizing effect" on police officers. He warned they will begin "second-guessing" whether to use lethal force in situations that might require it.

Brooks was on probation and faced going back to prison if he was charged with a DUI, DailyMail.com reported Wednesday. The probation violations were for charges to which he pleaded guilty in 2014 of false imprisonment, cruelty to children, family violence, battery and simple battery.

Burke County, Georgia, Sheriff Alfonzo Williams says the shooting of Rayshard Brooks was “completely justified.”
“There's nothing malicious or sadistic in the way these officers behaved,” he says, adding that this case can't be compared to those of Ahmaud Arbery and George Floyd. pic.twitter.com/Px6hwdffZN

Howard said at the news conference that investigators had reviewed at least eight videos of the incident.

See Georgia Bureau of Investigation video of the incident:

"We've concluded, at the time Mr. Brooks was shot, that he did not pose an immediate threat of death or serious physical injury to the officer or officers," Howard said.

The DA, who is facing a primary challenge, is the subject of investigations for allegations of using a non-profit to funnel $140,000 to supplement his salary and sexual harassment. He also is the target of a state ethics complaint.

Lawyers for Rolfe contended in a statement that the officer used permissible force under the circumstances.

"Officer Rolfe heard a sound like a gunshot and saw a flash in front of him," they said. "Fearing for his safety, and the safety of the civilians around him, Officer Rolfe dropped his Taser and fired his service weapon."

The lawyers claimed Rolfe provided aid to Brooks, called an ambulance and performed CPR on the 27-year-old man.

Howard insisted, however, that Brooks did not receive medical attention for more than two minutes.

"Officer Rolfe actually kicked Mr. Brooks while he laid on the ground," Howard said at the news conference.

He also alleged the officers stood on his shoulder as he bled on the ground.

'I felt everything he felt'

"How do you get justice for a little girl who, every day on her birthday from now on, will remember that as the day she found out her dad died?" he asked.

"I felt everything that he felt just by hearing what he went through," she said.