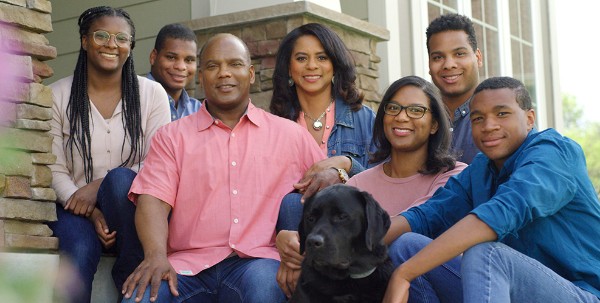 When a white Democratic congressman declared in an email to supporters that racism "is deeply ingrained" in America's institutions and "everyday lives," he might not have expected a thorough rebuttal from his black Republican opponent in this fall's election.

The Democrat, Rep. Dean Phillips of Minnesota, also posted a "resource guide" on his website for "racial justice allyship" to "understand our nation's" black experience and combat "systemic racism" in America. 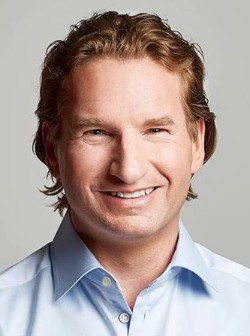 But Kendall Qualls, the Republican nominee running against Phillips, took issue with Phillips' "attempt to convey the Black experience and redefine America in the process."

In a guest piece for the Powerline blog, Qualls said, "I'm going to tell you what it's really like to be a Black man in America."

He began by telling readers his opponent's "virtue signaling insults me, and it should insult you too."

Qualls noted that Phillips obtained his degree in urban studies from an Ivy League School in the Northeast.

"I got my degree in Urban Studies from the streets of Harlem in New York City."

But Qualls said that unlike his opponent, the third wealthiest member of the U.S. House, he was not going to "lecture you on the evils of white people, or guilt you into believing that 'white privilege' makes you personally responsible for slavery and the struggles Black people face today."

Contending the "overwhelming majority" of white people in America are not racist, he said that if you want to find racism in America you will find it.

"At the same time, if you look for opportunity in America you will find it tenfold," he wrote for Powerline.

Qualls is a former U.S. Army field artillery officer and a successful businessman who has worked for Johnson & Johnson, Roche Labs and Medtronic/Covidien.

He recalled spending part of his childhood in a "crime and drug-infested housing project in Harlem" and the other part in a trailer park in rural Oklahoma.

He had to work nights and weekends to put himself through school.

"I made it because America is an exceptional place full of exceptional people," Qualls said. "And there are millions more just like me who made it – white, black, brown, and everything in between."

"However, my opponent and his progressive comrades across the nation are using the tragic death of George Floyd to fuel the flames of racism and create a smoke screen to cover up how they failed our cities, our country, and the Black community," he wrote.

He agreed with his opponent that America needs to have "the tough conversations."

That should include, however, these issues:

That story, he said, isn't being told in Congress, but he vowed that, if elected, he won't be afraid to "have the hard conversations."

The upcoming election, he said, is about our country's direction.

"We must fight the ideology of destruction and those who promote the vision of America as a systemically racist country. We must fight those who enable and spread this vision, paving the way for mob rule in the process," Qualls said.

He acknowledged that life isn't fair, and America, like all countries, has its imperfections.

"But with faith and hard work, you have the freedom in this country to overcome your circumstances and build a better life," he said.