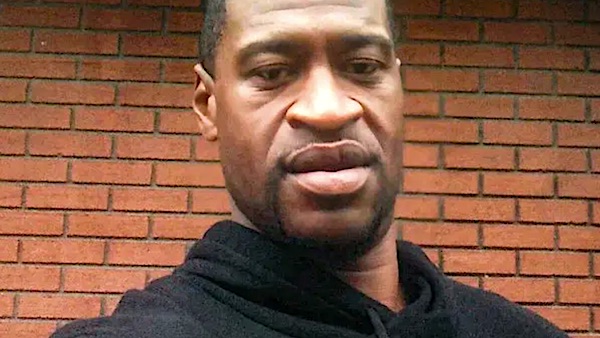 Protesters of the death of a black man in policy custody were unable to convince a black Georgia state trooper to kneel for their cause.

Other law-enforcement officers and officials already have done so. At the Capitol Visitor Center in Washington on Monday, Democratic leaders, including House Speaker Nancy Pelosi and Senate Minority Leader Charles Schumer, staged an event in which they kneeled for nearly nine minutes while wearing African scarves.

Congressional Democrats take a knee as they observe a nearly nine minute moment of silence for George Floyd at Emancipation Hall at the U.S. Capitol. https://t.co/JnqDlzMFDq pic.twitter.com/8CBdgtLUjz

He was asked to kneel today, and this was his response.

The Washington Examiner reported the trooper told protesters in Hartwell he kneels "for one person: God."

"I was supposed to be out of town this weekend with my wife. I took off today, this weekend, but I’m out here to make sure y’all are safe. … I have much respect, but I only kneel for one person: God, God, God," he said.

The exchange was tweeted by Students for Trump founder Ryan Fournier.

Others, in law enforcement and the military, already have accommodated the protesters by kneeling with them.

The protests are in reaction to the death of 46-year-old George Floyd, who died after a white Minneapolis police officer kneeled on his neck for nearly nine minutes despite pleading that he couldn't breathe.

The officer, Derek Chauvin, faces a charge of second-degree murder, and three other officers have been charged with aiding and abetting.